The Philippine Empire (Filipino: Ang Imperyong Filipino; Indonesian: Kerajaan Filipina; Russian: Филиппинская империя/Filippinskaya Imperiya) is an imperial monarchy in Southeast Asia that has existed since the Philippine Revolution begun by Nísqua Saval on May 20, 1899, and is considered one of only three true modern examples of an empire, imperial government and military structure (the others being Qing China and Brazil). It governs territory from New Guinea and Borneo to Formosa, and the Provinces of North and South Indochina, which it has ruled over since defeating the United States, China, and their allies in the Second Indochina War. The empire shares borders with Indonesia to the south, Siam and Burma to the west, Australian Papua New Guinea to the east, and China to the north-northwest, as well as maritime borders with Malaysia, Singapore, and West Australia.

The current emperor is Komay Saval, who has ruled since 1993, when his father, Jérazo Saval, stepped down on charges of assaulting the wife of War Minister Renato Villa. With over 244 million living within its boundaries as of mid-1997, the Empire contains the fifth-largest population in the world after India, China, the United States, and Coastal Africa. Since the Treaty of Singapore in June 1979, the Empire has established slow trade and economic relations with the outside world, attempting to attract an influx of stability and mitigate hostility, especially from the United States, China and Korea, all of whom have suffered great loss at the hands of Imperial troops in the past forty years.

The government of the Philippine Empire is controlled at large by commands of the emperor, but is otherwise divided into the Ministries of State, War, the Navy, Finance, and Air Forces, each headed by a Minister. 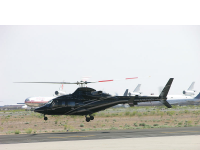