8-9-74: President Richard Nixon resigns from office amidst the Watergate scandal.

10-10-74: Former President Nixon is convicted and sent to prison. The media praises Agnew for showing brave leadership through tough times. This leads to a major boost in Agnew's approval rating.

12-14-74: It has been months since Agnew took office, but he still needs a Vice President. After a lot of convincing, Agnew appoints Former HUD Secretary George W. Romney to be the 40th Vice President of the United States. 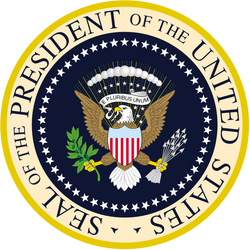 Retrieved from "https://althistory.fandom.com/wiki/President_Agnew?oldid=1637856"
Community content is available under CC-BY-SA unless otherwise noted.