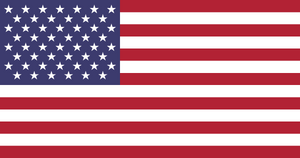 After calls to run for President from citizens in his homestate of Minnesota, Jesse Ventura decides to run for President in 2000 and is victorious. The next 8 years are dominated by new Independent ideas in the United States. With the election of Ventura in both 2000 and '04 Independents no longer feel left out and that they have lower chances of winning elections. Nonetheless in 2008 Ron Paul, a Republican, wins the Presidency defeating Independent Nader, Democrat Obama and Libertarian Barr. This ATL focuses almost entirely on the United States.

History from the beginning of time to 2000 is the same as the OTL, however with the capture of 15 of the 19 9/11 hijackers in 2001 most of the 2000s are dominated by peace. Among other things these are different from the OTL...

Retrieved from "https://althistory.fandom.com/wiki/President_Ventura?oldid=1536989"
Community content is available under CC-BY-SA unless otherwise noted.