Risk! is a casual map game by User:Nathan1123 that simulates mechanics from the popular board game of the same name. Rather than an arbitrary number game with heated arguments, as was the case in previous map games, conflicts in this game are entirely decided using methods similar to the original board game, which is largely RNG.

This world is a blank slate, without any canonical history in its timeline. Once you sign up as a nation, it is in your hands to detail the backstory and lore of where this nation came from, including its politics, economy, culture, or even religion. Generally, the technology and society of this world is roughly equivalent to the mid-to-late 19th century. However, the point of divergence for your nation can be as far back or as recent as you want. Plausibility will not be strictly enforced, and world wars will go essentially similar to that of the original board game, with a handful of nations ultimately dominating the world.

So whether you want to push for a world conquest, or just want to enrich the world with your role-playing lore building, this game is right for you! 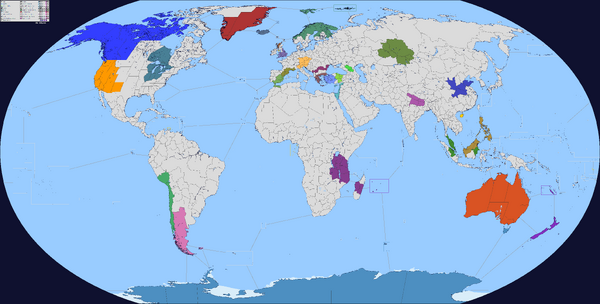 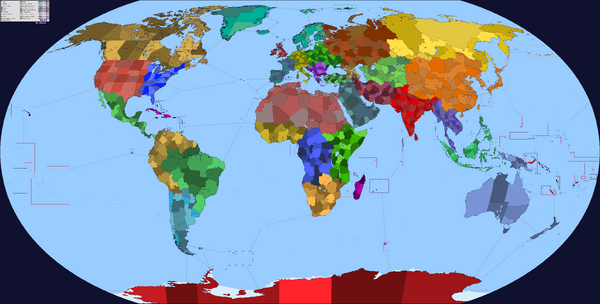 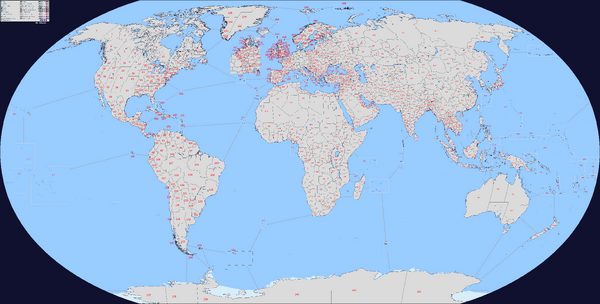 Welcome to the game of Risk! I hope you have taken some time to get comfortable with the nations you created. You never know when a few bad rolls could bring that crashing down lol.

For anyone who hasn't signed up, but may want to join the game after this point, feel free to post your own application at any time!

As stated in the rules, everyone starts with 1,000 troops for each province you own, in addition to 3,000 troops at the start of this turn.

Right now, we have 22 players spanning 105 provinces, with a total of 171,000 troops. More statistics will be posted on Discord later.

I know the rules say that there isn't any nation switching, but if you really aren't satisfied with your setup you can talk to me about it and we can work anything out.

Ordinarily, mod events will be pretty light except for occasional cultural/technological changes or flavor events. But occasionally I will be spawning in NPC states to really spice things up. Here is the first one:

You are all off to an excellent start in developing out the world. Keep it up! The fun has only just begun.

As you are all still plebs who don't even have more than the minimum provinces yet, every player gets an additional 3,000 troops this turn.

Say congradulations to T0oxi for being the first player to unite an entire region and a continent! You get an additional 1,000 troops this turn. Don't spend it all in one place.

The capture of Constantinople by the Mysians sends an alarm throughout the rest of Europe, particularly in Austria and Frankokratia. The Mysians may prove to be as much of a threat as the more ancient Ottomans were.

The Isle of Man sees significant flooding this year during the summer, which destroys dozens of homes near the coast, killing 75 people.

Things sure are heating up surprisingly fast! Only 20% of the total provinces are claimed, yet we already have three player v player wars kicking off. Cry 'havoc!' let slip the dogs of war!

The three wars going on at this point are the Franko-Mysian War over the Hellespont, the Thoma-Singapore War over Borneo, and the Antarctic invasion of Australia. A dark day for the Magnesians, indeed.

The Ottoman Empire reaches out to Frankokratia, if they are interested in a temporary alliance against a common enemy.

People in Chautamvun have issues coming to grips with the fact they are now a "four-province area".

We now have 28 players and 18 active players, spanning 171 provinces. Altogether, the combined armies amount to over 300,000 troops.

Retrieved from "https://althistory.fandom.com/wiki/Risk!_(Map_Game)?oldid=1764851"
Community content is available under CC-BY-SA unless otherwise noted.