Alternative History
Register
Don't have an account?
Sign In
Advertisement
in: Under Construction, Cromwell the Great, Science and Technology

Science and Technology in the Commonwealth (Cromwell the Great)

For a more general treatment see Science and Technology.

Through wisdom is an house builded; and by understanding it is established: And by knowledge shall the chambers be filled with all precious and pleasant riches (.Proverbs 24:3-4, King James Bible)

A tool is but the extension of a man's hand, and a machine is but a complex tool. And he that invents a machine augments the power of a man and the well-being of mankind.
(Henry Ward Beecher, Proverbs from Plymouth Pulpit (1887), Business.)

The Commonwealth produced many important figures and developments in several fields of sciences. Major theorists include Isaac Newton whose laws of motion and illumination of gravity have been seen as a keystone of modern science, Joseph Priestley and Elizabeth Fulhame in chemistry, and Charles Darwin and Alfred Russel Wallace whose theory of evolution by natural selection was fundamental to the development of modern biology.

Important learned, scholarly or academic association are the following:

The Governance of Science and Technology

The office of Adviser of Mechanical Arts (AdMA), was the first office of technological advisor of the Commonwealth.

The first Adviser of Mechanical Arts and also Magister Mechanicorum (MM) was Sir Samuel Morland, 1st Baronet (1625-1695), appointed in 1670 by Lord Protector Henry Cromwell. Morland is credited with the early development of the steam engine, the mechanical calculator, the speaking trumpet, and the design of cryptography machines.

Though, the office of AdMA was vacant at several times and dependent on the favours of government couriers being also treated as a sinecure. There was also the distaste of SPIK and other learned societies of the labours and low social status of the mechanics. An exception to the qualification of mechanic to the office was Jethro Tull, who was an agricultural pioneer that carried out several reforms under the direction and promotion of Lord Protector Townshend. The post was abolished on the creation of the Chief Scientific Advisor as proposed by William Shipley.

Besides the Adviser of Mechanical Arts being the government's consultant he was also in charge of what became the Vauxhall and Hammersmith Laboratories and Workshops (VHLW). Its installations were based on the private laboratories and workshops of Sir Samuel Morland that were left by his state to the Commonwealth. The VHLW, under the management of William Shirpley AdMA, became one of the main instrument makers and precise engineering facilities of the Commonwealth. During the European Revolutionary Wars its main tasks were the testing, improvement and development of weapons and new methods of industrial production of goods for the Army and Navy, besides serving as the main register of engineering workshops.

However the main scientific patronage and research was carried out by the Society for Promoting and Improving Knowledge (SPIK), like its counterpart the French Academy of Sciences, later National Institute of Sciences. Until the creation of the Chief Scientific Advisor and the Protector's Office for Science (1801) science and mechanics[1] steered on different lanes hardly collaborating or being given similar status. Science was taught, promoted and pursued in the universities while mechanics was the by-product of practical knowledge given out by mechanical arts schools, the experience of engineers and craft guilds. Attempts to bridge both fields of knowledge were tried with relative success in the Scottish, and Durham universities. The VHLW is now administered by the Protector's Office for Science.

The European Revolutionary Wars had the Commonwealth and French governments committed to reaching out all scientific and mechanical means to have a cutting edge in war tactics, weapon and manufacturing in order to out win the opponent. The Protector's Office for Science provided a way to coordinate all knowledge to a common cause and policy.

The British Navy with its Pacific and Polar explorations required to hire several naturalists, geographers, astronomers to be attached to its ships led to a system of covenant among candidates and recommendations. 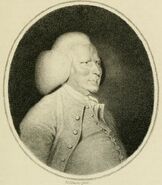