Scotland was spared the nuclear ravages of its neighbour to the south, England. Only two major nuclear strikes occurred, one 200 KT device on Glasgow which hit to the west of the city and spared the majority of the populace, and one 200 KT device to the capital city of Edinburgh. This impacted in the general area of Leith Docks and caused a massive firestorm that swept the city over the next two days, rendering it totally uninhabitable.

The majority of UK military bases in Scotland were hit by tactical nuclear weapons with a yield of 5-15 KT.

Due to the destruction of all governmental, military and police organisation the country quickly fell in chaos. To the west and south the former Republic of Ireland began developing the Celtic Alliance, taking in the former north of Scotland and the Western Isles, however to the south of Glasgow the land remained chaotic.

After the Ur Alba War

After the effects of the Ur Alba war the government and military of Ur Alba effectively collapsed, the governments of the Allied nations (Celtic Alliance, Cleveland, Northumbria, Southern England) have taken control of the country temporarily.

After the war the allied nations decided to divide up some of the land that Ur Alba had conquered in the previous two years.

However in a surprise announcement on the 20th August 2011 the Northumbrian Witain announce that all lands gained after the Ur Alba war will be returned to Southern Scotland on the provision of the election of a democratic government. It will however keep a small section of border with the Celtic Alliance near the town of Gretna

Under this agreement the border has returned to almost the former English/Scottish border.

The area will be called Southern Scotland, the new nations capital will be in Edinburgh.

On the 20th January 2012 all remaining Celtic Alliance and Southern English troops were withdrawn from Southern Scotland, the troops from Cleveland and Northumbria, mainly engineers, will remain along with a contingent of Cleveland Police to train the Southern Scottish Police Force

At the moment talks are still ongoing about the possible future of Southern Scotland a few things are known: 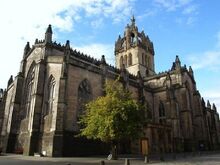 Although the government of Southern Scotland is based around the former Ur Alba Chamberhouse, it will be different in many ways.

The elected positions will be from each of the Scottish regions in the same way as the Chamberhouse, there are two representatives from each region.

The last governmental election occurred on the 12th October 2011.

The government will be based around the former British Parliamentary system and will be held in the former pre-1707 Scottish Parliament house in Edinburgh after it has been rebuilt by the Celtic Alliance and Kingdom of Cleveland.

The government will hold a general election every five years.

The Old Parliament building was completely decontaminated and renovated by mid August.

The Parliament building will also house the supreme courts and the combined county courts.

The current government took control from the Provisional Government on Monday 17th October 2011, the first act of the new government is to elect a First Minister from their number.

They elect Henry Thatcher, a representative from Roxburghshire.

The head of the South Scottish Government is known as the First Minister, he or she is elected from the members of the Parliament on the first day of the new Government.

At each general election a new First Minister can be elected from the members of the government.

The current First Minister is Henry Thatcher a representative from Roxburghshire.

On the 19th May 2011 the Allied nations announced the formation of a formal provisional government of Southern Scotland. It consisted of 14 members, each of the Allied nations had members as well as members from the former Chamberhouse of Ur Alba.

The Celtic Alliance and Northumbria had more members than other Allied nations due to the fact that they shared a land boundary with Southern Scotland.

The division of the former provisional government:

In a surprise move the Witain of Northumbria announced that the area given to Northumbria after the Ur Alba war will be returned to Southern Scotland upon the election of a democratic government.

The Witain of Northumbria has been informed that Ur Alba troops have set up a base of operations in the border town of Coldstream, they are expected to open the border crossing by late February and it is hoped that it will be jointly run by Northumbria/Ur Alba troops.

After the fall of Ur Alba the Kingdom of Northumbria continued all border agreements with Southern Scotland, with the current border being the former Scottish/English border.

The economy was quite weak but is starting to build as are most economies in the former UK. Like most states, the economy is mostly agricultural, though a thriving arms trade keeps the industrial side afloat. After the discovery of countries like East Britain, which have a very weak and ill-armed military, the Ur Alba had found a whole new market for their armaments. The economy is mostly nationalised, but in the hands of the Guilds, each of which controls an aspect of the economy e.g the Guild of Wheat who controls wheat production.

With the collapse of Ur Alba the new provisional governments first edict was to ban all manufacture and development of armament. New trade routes have been established with the Celtic Alliance, it is thought that these could be extremely profitable.

Law and Order in Southern Scotland

After the collapse of Ur Alba and the foundation of the nation of Southern Scotland, law and order in the area has been given a total overhaul. Corporal punishments such as flogging and hanging by the wrists have been banned, the stocks have been redesigned using the Kingdom of Cleveland's stocks as a blueprint.

All death penalties were suspended until new trials occurred.

Most local police chiefs and higher officers were sent to Dublin for retraining in mid August 2011, whilst any corruption in the force was dealt with harshly.

Of the 37 people on 'Death row', 26 were acquitted without charge and released, six were judged to have committed the crime as charged, but the sentence was reduced to corporal punishment and a further five were found guilty as charged and sentence to death by long drop hanging, gallows were built to Cleveish design and the sentences carried out in private on the 20th and 21st January 2012.

Ur Alba was ran very like a police state. The police were often accused of arbitrary and often unneccesary violence but were mostly acquitted as they were tried by a jury of police officers.

However, the tyranny was not the worst it could be. In recent history there had been no more stories of people disappearing during the night as was common in the early years of the Scottish New State.

There were however powerful deterrents, punishments like public flogging, hanging by the wrists, the stocks, and the death penalty. The death penalty was rarely used since the population is low enough that the government didn't want to kill their populace, however in extreme circumstances it was used, most infamously for the execution of the 'Freedom for Scotland' movement members captured after the destruction of the Chamberhouse in November 2010.

Since the death of the former Chairman Donald Abbot, the more barbaric punishments such as public flogging and hanging by the wrists were reduced drastically, however the use of the stocks had begun to become more used as they had been found to be a more useful deterrent as they did not actually harm the prisoner so they could work immediately after their punishment.

On the 1st November 2011 all remaining prisoners of war from the Ur Alba war were returned to Southern Scotland, they have been held in Douglas, Isle of Man since the end of the war and have been given retraining in trades ranging from fishing to iron working.

However, there were 15-20 men who refused retraining, and have voiced their disagreement with the new Southern Scottish nation, these men will continue to be held in Southern Scottish jails until it is determined that they no longer are a threat to the new nation.

Retrieved from "https://althistory.fandom.com/wiki/Scotland_(1983:_Doomsday)?oldid=1790295"
Community content is available under CC-BY-SA unless otherwise noted.