In 1492, Christopher Columbus went to the court of Isabella of Castile and Ferdinand of Aragon, asking for help in an enterprise to sail west and reach the Indies. The sails for the four ships are destroyed in a horse carriage crash and the entire voyage is delayed six months. Columbus hits a force 5 hurricane just 50 miles away from the OTL Bahamas and most of his fleet is destroyed. He manages to ride a ship that barely survived for the 8 months voyage back and professes that he reached the end of the Civilized earth and there is no western sea route to Asia. He is forced in disgrace back to Genoa.

Also, Henry the Navigator never goes to Ceuta to attack the Moors, thus solidifying Ottoman rule in that area. 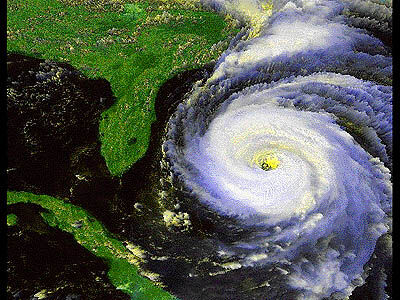 The Spanish people, particularly in Castile and Grenada, became upset that the Portuguese were more prosperous than they were and rose up against the monarchies of Isabella of Castile and Ferdinand of Aragon. The monarchs are both killed in the mass rioting between 1493 and 1498. Spain dissolves into turmoil led by various Spanish warring factions.

In 1498, The Ottoman Empire which was moving through OTL Northern Africa at the time, were setting their sights on Spain. Led by Sultan ??, The Ottomans began an invasion of Spain and Portugal, lasting from 1499 to 1501, creating The Sub-Caliphate of New Grenada, successfully liberating Al-Andalus in the name of Islam.

After the final conquest of The Sub-Caliphate of New Grenada in 1561, The then intensely powerful Ottoman Empire was setting its sights on The Italian States and Southern France. Charles VII, The new king of France who had just destroyed the large British presence there but was now facing a Muslim Invasion up the Rhone River and through the Pyrenees Mountains. Muslims finally invaded both the Kingdom of Two Sicilies and southern France in 1611. Marseilles in 1616, Naples in 1618, and other cities fell to the Ottoman Empire. They reached the outskirts of the Papal States by 1620. Charles VII died soon after the French Invasion of typhus. Sultan ?? also died on The Italian States Campaign, being shot by an Italian Cannon.

Shortly after the death of Sultan ??, the newly ascended Sultan Suleiman I began to assemble his forces against Muscovy, which was the leading Russian state at the time. He assembled his armies of Jannisaries and allied themselves with Kazakh Khanate which knew much about winter warfare and staged the second successful winter invasion of Russia after the Mongols. It began in September of 1629 and ended in the spring of 1631. The Kazakh Khanate took most of western Russia, and the rest broke into many Russian States, led by Novgorod.

Formation of a Christian Alliance

Shortly after the initial invasion of France and The Italian States, King Henry IV, the step-son of recently passed away Charles VII, called together a council in Paris comprising of all major European powers, and are as following...

These nations forged an alliance in 1634, called the United Christian Alliance and declared themselves common enemies of the Ottoman Empire. They began to assemble hundreds of thousands of troops to destroy the Muslim presence in Europe and OTL North Africa.

Counterstrike in the Mediterranean

The Christian Alliance began to assemble huge armies to combat the new Ottoman presence in Europe. Hundreds of thousands of troops began the liberation of those invaded territories. The British landed all over The Sub-Caliphate of New Grenada and began their slow advance inward however by 1655 they had lost thousands of troops and were pushed deep into France.

Since the Kazakh Khanate destroyed Moscow and killed the Tsar back in 1631, the center of Russian power was in Novgorod which was growing in power after Moscovy's defeat. They along with troops from Austria began to take back territories to shrink the Kazakh Khanate back to its original size in Central Asia. In 1657, troops of the United Europa Alliance began the liberation of Kiev and many other Russian cities however just like the French and British the alliances forces were crushed and the Khanate conquered Novgorod by 1658.

Destruction Of The Alliance

Soon after the Ottomans had conquered Rome the heart of the Alliance and, the United Europa Alliance crumbled the Ottomans moved through the Balkans quickly and conquered Vienna. France made peace and the Sultan decided to stop the expansion in Europe and made massive fortification along the border of the mighty empire.

The Aztec Empire, in 1531 began to expand southward in search of new sacrificial victims for their Andean Religion. The Maya States who were just reviving out of a decline was awakened by a threat to their western border. The Aztec Empire province of Oaxaca. This province built on the export of Coco, and was cutting into the southern Maya States. Soon the two sides were at a war never seen before in Mesoamerica. The Maya, having suffered centuries of civil war were more accomplished warriors than the Aztec, but lacked the political organization to feed large armies Aztec. At the battle of Huehuetenango in 1538 General Tecún Umán successfully repelled the Aztec and pushed them back into the lowlands of Oxaca. Under the leadership of Montezuma IV and with the help of Cachiquel mercenaries, the Aztec reformed their out-of-date army and, using their numerical advantage, began another, this time successful assault on the Maya territories in 1554. Aztec forces entered Chichen Izta in 1560. The Maya leadership soon dispersed into the Chetumal Sea (OTL Caribbean).

The Incan Empire began to expand out into the sea by building large Log Canoes and first discovering the Manarunasuyo (Quechua "no body's land" OTL Galapagos) and then expanding north and meeting with the Aztec Empire and their new conquests by 1581. The Incas soon traveled even farther west and through a grueling journey reached Cayapac Island (OTL Easter Island). There the natives were fighting each other viciously but settled their differences as the Incas began their colonization of the island. There the Incan Empire learned about the writing symbols Ronogongo and it began to be used as an official system for the emperor. Through trade and small skirmishes, the Aztec Empire and Maya States caught on and developed their own Ronogongo like styles. The Incan Empirealso travels around the OTL Strait of Magellan and settles most of Southern Andes.