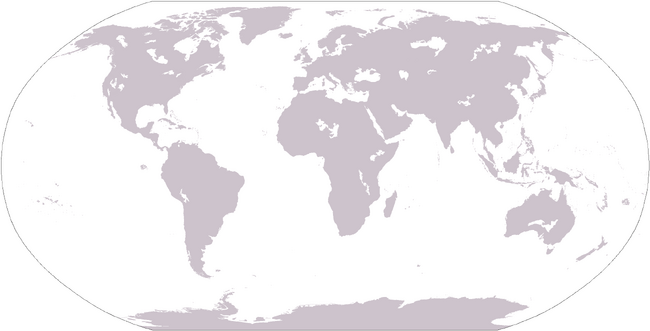 In history, we have often seen large inequalities in terms of land use and population distribution. For so much land, more than a billion people live on the coastline. Now that may be so for trade, but it is undeniable that coastal climates are perfectly suited for crop growing and building human settlements due to the fact the large sea helps to regulate the land temperature, making it not too hot or cold - but just perfect for humans.

Why are people not living as much inland? Inland, it is harder to grow crops, because of the higher susceptibility to wide changes in temperatures, making life hard. Now if, on the other hand, we had large lakes and inland seas, it would be much easier to live and farm the land and live a generally fruitier life, allowing for more people to live in land and a generally wider distribution of populations. The best example of this are the Great Lakes in America. Not only do they allow people to live next to a wide body of water which caters to their needs, it helps to balance out temperatures.

Now the question to be asked is, could we have had an alternate distribution of the human race which more such great lakes? How would have Siberia possibly looked with lakes in its interior helping to make life more liveable? Or Africa - would the Sahara still exist? And what about Canada? Those lakes, if they were larger, could have led to the Inuits perhaps becoming a stable society.

Well, in this endeavour we dare to ask that question - and we dare to answer it. So for those few who will undertake the development of the timeline - there is a big job to do. And those reading it, I hope the experience is memorable.

Welcome to The Great Lakes.

Anyone else interested on joining, just message me or Imp.

This endeavour is a community timeline. It is an effort of teamwork and will be a huge project to complete - if we ever do. Anyone can contribute, just message one of the creators to join in! Tho keep in mind what me and FP say or make is automatically canon. Any other new articles must have the proposal template installed.

The basic idea is that due to the PoD, lakes of great sizes have sprung up all over the globe. Humanity goes along the way it normally would but of course adapting around said lakes to their own needs. Due to the climatic situation for these lakes to form, the earth is warmer. Less ice, deserts are bit bigger, all climate bands shift a bit further north and south. To sum up, OTL but with big lakes and different deserts.

Despite the fact that this project (whatever it turns out to be) is marked as "ASB - Environmental", that is NOT an excuse for you to be ASB with whatever you are controlling/contributing to. This project is marked as ASB due to its PoD, and is intended to be a creative and collaborative exercise in world-building and althistory-crafting. Though you guys should all know that already, right? Right?

Retrieved from "https://althistory.fandom.com/wiki/The_Great_Lakes?oldid=1291838"
Community content is available under CC-BY-SA unless otherwise noted.