This article theorises the rise of civilization in approximately 15,000 BC not 4000 BC.

During the last ice age, when sea levels were low, the combined Tigris-Euphrates river flowed through a wide flat plain-like landscape. The Persian Gulf today has an average depth of only 35 m. During the most recent glaciation, which ended 12,000 years ago, worldwide sea levels dropped 120 to 130 m, leaving the bed of the Persian Gulf well above sea level during the glacial maximum. It had to have been a slightly swampy freshwater floodplain, with small lakes where water was retained in the hollows.

The drainage of the combined glacial era Tigris-Euphrates made its way down the marshes and lakes of this plain to the Strait of Hormuz into the Arabian Sea. Reports of the exploration ship "Meteor" have confirmed that the Gulf was an entirely dry basin about 15,000 BC. Close to the steeper Iranian side a deep channel apparently marks the course of the ancient extended Shatt al-Arab, called the "the Atlantis river". A continuous shallow shelf across the top (north) of the Gulf and down the west side (at 20 m) suggests that this section was the last to be inundated at roughly 5500 BC. At the Straits of Hormuz the bathymetric profile indicates a convergence into one main channel which continued across the Bieban Shelf before dropping to a depth of c 400 m in the Gulf of Oman; the deeper parts of this channel may be due to delta deposits at the edge of the deep ocean collapsing in a succession of big underwater landslides, causing underwater erosion by the resulting turbidity currents.

15,500 BC, in the lower Atlantis valley a small band of hunters and gatherers settle on the marshy bankside and start herding wild sheep and goats, within ten years they have started growing wild wheat and barley, this marks the beginning of agriculture on Earth.

15,400 BC, the small village formed by the first farmers has now expanded to 650 people, around the village (called Atlantis after the nearby river) there are 55 farms producing crops fro the village population. The Atlantians also develop the wheel around this time.

15,200 BC, some copper smelters discover by putting a small proportion tin in with the molten copper they form a harder metal, the call it bronze, this starts the bronze age. Due to copper tools farmers start basic irrigation of the dry areas away from the main river channel.

14,550 BC Atlantians in the mountains of OTL Iran start trying new ores to see what can be smelted, during this time they discover iron, this starts the iron age. Due to the improvements in the plowing technology and oxen to pull the new iron plows, the amount of farmland that can be cultivated leads to a population explosion. Due to their improved weapon technology the Atlantian army is vastly superior to any other army on earth.

14,156 BC This is the year that is expected the first text to be written with cuneiform technique.

13,750 BC, whilst exploring lands to the north of Atlantis, the Atlantians discover that the Przewalski's Horse (Equus ferus przewalskii) can be domesticated. Special breds are created to be used as heavy war horses and chariot horses.

13,500 BC the Atlantians colonise the Indian sub continent, as far as the Ganges delta, and the east coast of the Mediterranean. They start building vessels capable of oceanic voyages. Asian elephants are trained as heavy war elephants, replacing war horses. (Altantians reach level of third century BC level Romans)

13,000 - 12,500 BC, Atlantians settle the Nile delta and valley, northern Africa including the savanna of the Sahara, southern Italy and the Anatolian mainland and Greek mainland and islands. (Atlantians reach technological levels of first century BC Romans)

11,750 BC, Atlantians colonise Sundaland (between the modern islands of Borneo and Sumatra)

10,500 BC, Atlantians discover north-western Australia. They encounter local aborigines and form colonies along the east coast of the continent.

8000 BC as the ice age ends sea levels start to rise, major river floods inundate the city of Atlantis, destroying and burying the majority of city. five of these floods devastate the city in less than eight years, after the last of these floods the council of Atlantis decide to abandoned the city and build a new capital at the junction of the Tigris and Euphrates. They name the new capial Querna Atlantis (meaning new Atlantis).

Due to the ending of the ice age inland Europe starts to become habitable the Atlantian peoples start following rivers inland.

7000 BC The lower Atlantis river basin floods, submerging the former capital eventually under 35 metres of water.

6938 BC The first Belic conflict is registered by an historian, it was between two Atlantian-inheritance kingdoms in South Europe

6000 BC The Atlantis gulf is flooded totally.

5900 BC The First Democratic nation (leaded by an old men council) is founded in the Ganges valley.

4300 BC The first researches with gunpowder are made in OTL south China, by an Atlantian-inheritance alchemist 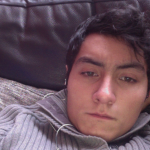