This page is a year-by-year chronicle of every single event in the Ethelred the Pious timeline. Its main use is as a reference for the century pages and topical pages, which are in a more narrative format. I don't expect anyone to actually read it; think of it as the frame supporting the entire structure. 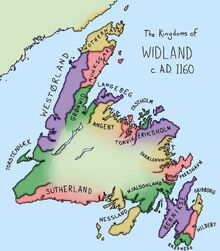