The USA and a powerful Portuguese South Africa are major players on the world stage in 1914. 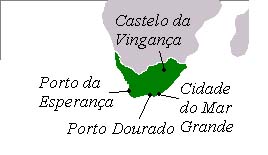 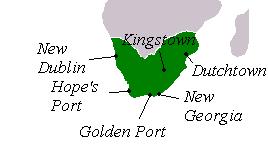 The US uses these diamonds to purchase Canada which was devastated by the Rebellion of '41. This is received relatively well by most Anglo Canadians as they see it as their American cousins rescuing them from a clueless half-German Monarch.

Mexican-American war is finished with Mexico ceding the US California, Texas and the area made of by the Gadsden Purchase. First American trading post is established in Hawaii called Port Washington (OTL Pearl Harbor).

What is to become the first truly world-wide conflict begins in , of all places, the African Congo. Four separate nations have land-claims on this territory: Great Britain, South Africa, Holland and Germany. Although GB and SA only half-heartedly support these claims (although both have contested claims on the East Central Territory (OTL Kenya, Tanzania, Rwanda and Burundi)), Germany and Holland are in an arms race, shipping soldiers, settlers, arms, money and supplies to better control this region.

June 26: The United Kingdom Declares war on Germany due to a defensive alliance with the Dutch.

July 9th: After the British seized a fort in the ECT South Africa declares war on GB.

Retrieved from "https://althistory.fandom.com/wiki/Uni%C3%A3o_de_Sul_%C3%81frica?oldid=1247873"
Community content is available under CC-BY-SA unless otherwise noted.