Though President Nixon had won the war for the United States, his decision to use nuclear weapons cast a dark shadow over the rest of his term, and was defeated in a landslide by Democratic presidential candidate George McGovern in 1972. During the McGovern years, the defense budget was slashed, the Equal Rights Amendment was passed, the Department of Homeland Security was formed to guard the nation from Communist attacks, banned socialist practices including limiting the amount of welfare systems in America, raised education standards and made them strict, discouraged the used of fossil fuels for renewable energy, reduced the nation's carbon footprint, and the U.S. State Department attempted to mend relationships with the rest of the world that had suffered under the Nixon Administration. However, McGovern's brand of liberalism turned out to be a bit too much for most Americans, and he was narrowly defeated in 1976 by Republican governor and presidential candidate Ronald Reagan.

President Reagan, who served from 1977-1985, was notable for cutting taxes and lowering defense spending while toughing American defenses with little money, and for taking a hard line against the Soviet Union. In addition, the Iranian-American War of 1979 played a large role in the Reagan Administration, with the decisive U.S. victory and return of American hostages from Iran greatly boosting Reagan's poll numbers and allowing him to defeat Democratic challenger Ted Kennedy in 1980. Though the American economy suffered greatly during Reagan's first term, it experienced a major turnaround in his second term, sending Reagan's poll numbers to astronomical levels. Reagan also coaxed the Soviet Union into withdrawing from Afghanistan by the very end of his second term, though the war did prove very costly in terms of human life.

In 1984, Republican senator Howard Baker rode Reagan's popularity to victory over Ted Kennedy, who had once again secured the nomination. President Baker was a successful compromiser, and proved to be an excellent diplomat. By 1989, he had met one on one with Soviet leader Mikhail Gorbachev and negotiated an end to the Cold War. He handily defeated Democratic opponent Michael Dukakis in 1988, and by 1991, the Soviet Union had collapsed, and Communism did not exist anywhere outside of China and Cuba. President Baker also successfully established a global coalition to remove invading Iraqi troops from Kuwait in 1991. The Coalition would go on to invade Iraq itself and capture Baghdad to remove Iraqi dictator Saddam Hussein from power.

In 1992, United States entered a new, post-Cold War era. The country was ready for change after sixteen years of Republican government, and elected charismatic Democratic governor Bill Clinton as the 41st President of the United States. The Clinton years were marked by unprecedented peace and prosperity for the world's superpower, though President Clinton's personal scandals kept him from achieving true greatness in the annals of history. In 2000, Clinton's vice president Al Gore was elected president, defeating Republican challenger John McCain in the closest election in U.S. history.

President Gore served from 2001-2005, and his presidency was entirely defined by the response to the September 11th terrorist attacks in the United States by al-Qaeda's air force. Gore waged a successful war in Afghanistan against the government that sponsored al-Qaeda, and toughed America's security systems and has encouraged the world to fight against terrorism. The US, NATO, EU, Russia, and China all sent troops to the battlefield. In 2004, despite his achievements against Communism, he was defeated in a rematch with Senator McCain.

President McCain oversaw the passage of controversial new laws that curbed terrorism, but that some felt also curbed certain freedoms. The McCain administration took a more aggressive stance against terrorism than the Gore Administration had, orchestrating bombing campaigns of Sudan and Somalia, and engaging in a joint operation with NATO allies and India to invade Pakistan and establish a secure government. In 2008, when the economy went south, President McCain was defeated in an electoral upset by Democratic challenger Hillary Clinton, who became the 44th President of the United States. She was also the first female president.

As president, Hillary Clinton's first response to the economic crisis was to pass a trillion dollar stimulus package meant to re-invigorate the economy. The bill was vigorously opposed by Congressional Republicans, who believed in keeping a balanced budget that had been struck during the first Clinton administration. Also, President Clinton has launched a massive effort to overhaul America's healthcare system, but her plan has been met with major criticism. 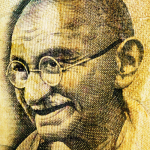