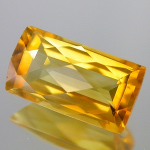 I am currently one of the main contributors on the collaborative timeline Francia Ascendant.

(I am also the creator of the timeline The Descent and the the creator of 1983: Doomsday countries St. Kitts and Nevis and Antigua and Barbuda, but I am not actively working on those and they are up for adoption.)

Current map games, and what nation I am:

Retrieved from "https://althistory.fandom.com/wiki/User:77topaz?oldid=1782063"
Community content is available under CC-BY-SA unless otherwise noted.