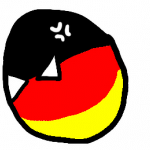 This section tells you if I'm available on the wiki or offline. Please take note of this before you attempt to contact me please. Thank You.

My favourite pages and What I played as

Retrieved from "https://althistory.fandom.com/wiki/User:Andr3w777?oldid=1105857"
Community content is available under CC-BY-SA unless otherwise noted.