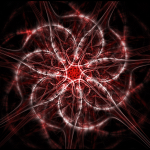 I am an Australian game developer and I have a keen interest in history and in particular alternative history. My favourite parts of history are the Roman Empire, Dark Ages, Imperial Ages, Industrial Age, World Wars and the Cold War. (I am also into modern day history). I find my knoweldge is best at the Second World War.

My favourite nations in  all history are Prussians, German Empire, Vikings, and the 3rd German Reich, however I often play as a Scandanavian or Central European nations during map games. My favourite map games are ones where history takes a realistic turn and either creates a dystopia or utopia, and I like to think of how different it may be to real life.

In my spare time I used to create my own massive battle board of which I made military peices to move around. I spent many hours painting the board and making the clay peices and I have now over 500 peices from different European and East Asian nations to play out an alternate Second World War scenario.

I consider myself a Futurist and a Transhumanist. I am a large supporter of Humanism, Technological Singularity and Transcendence. I do not agree with the structure of almost all modern day political structures and as a result, I am a large supporter of groups such as the Venus Project and Zero State. I also agree with many principles of Socialism, although I hardly see the Left -Right wing structure as an acceptable structure. I have included an online test which has graphed my political views on the graph anyway.

I do not have any religion as I am an athiest, and unlike many other people I do not think that religios views should be blindly accepted. I consider religion (although many would be enclined to disagree), a problem that has held us back for thousands of years. I agree with some values which have been made within religion but stand that having religious views and practices are only stopping us from moving forward.

Here are the current map games I participate in:

Retrieved from "https://althistory.fandom.com/wiki/User:Aternix?oldid=1092301"
Community content is available under CC-BY-SA unless otherwise noted.