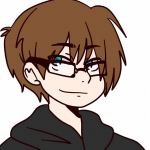 Welcome to my profile

Note: This goes in order of time from the first to last games I signed up/played for.

States of America 5: Played as the Confederation of Quebec, now defunct.

The Steam Age: Played as the Union Kingdom, now defunct.

The Road to War: Played as Bulgaria, now defunct.

Return of Battle for Earth: Played as the Cyrannatarian Kingdom, now defunct.

Look Out, Sir!: An alternate WW2 game. POD was Italy's army was more prepared, and Japan won Midway. Game lasted a week or so, and died due to implausibility. Played as the Third Reich.

Look Out, Sir! Revised: An alternate WW1 game. No POD, players were left to make their own PODs. The game lasted a month or so, died due to lack of interest. Played as the German Empire.

Note: This goes in order of time from the first to last timelines I signed up for.

1983: Formed the Kalamazoo Kingdom, on going.

Retrieved from "https://althistory.fandom.com/wiki/User:Blocky858?oldid=1612969"
Community content is available under CC-BY-SA unless otherwise noted.