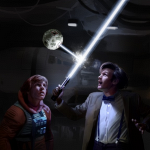 It is the brain, the little gray cells on wich one must rely. One must seek the truth within-- not without

I belong to the world

I do not approve of murder

You should not sugar-coat the world. For the next generation will get cavities.

All the world's a stage and all the men and women are merely players. They have their exits and their entrances and one man in his time plays many parts.

A man has free choice to the extent that he is rational.

By nature all men are equal in liberty, but not in other endowments.

Understand this, I mean to arrive at the truth. The truth, however ugly in itself, is always

By prevailing over all obstacles and distractions, one may unfailingly arrive at his chosen goal or destination.

You will find something more in woods than in books. Trees and stones will teach you that which you can never learn from masters.

Minorities have a right to appeal to the Constitution as a shield against such oppression.

A tree is known by its fruit; a man by his deeds. A good deed is never lost; he who sows courtesy reaps friendship, and he who plants kindness gathers love.

One's ability to rationalize is in direct proportion to one's sanity.

Man, pushed to desperation, is able to topple the halls of nations.

What is a man without faith? Love, hope, fear, or hate? He is but a shell of what he could be, unable to achieve what has been set before him.

In youth and beauty, wisdom is but rare!

Insanity: doing the same thing over and over again and expecting different results.

Humanity is terrifying. That is why God made the soul.

No man fears death, they fear what lurks beyond it.

What is our lives besides preparing it for the next one?

I never expected to be anybody important.

It takes disaster to unite a people, asking what to do about the disaster is what unravels them.

An appeal to fear never finds an echo in German hearts.

Freedom consists not in doing what we like, but in having the right to do what we ought.

I have only two men out of my company and 20 out of some other company. We need support, but it is almost suicide to try to get it here as we are swept by machine gun fire and a constant barrage is on us. I have no one on my left and only a few on my right. I will hold.

Come with me if you want to live.

Oh, say can you see by the dawn's early light...

Those who love to be feared fear to be loved.

One man and one women are three with the devil.

- the rallying cry of the First Crusade

Like at Halloween: I knew I'd arrived when I saw people dressing up on Halloween as my character.

Do you wish to rise? Begin by descending. You plan a tower that will pierce the clouds? Lay first the foundation in humility.

Freedom is not free, but the U.S. Marine Corps will pay most of your share.

I rather be dead and hated but with a clear conscience than alive and worshipped forever as a god with a soiled one.

Whatever my lot, Thou has taught me to say it is well, it is well with my soul.

Some may question your right to destroy ten billion people. But those who understand realise that you have no right to let them live.

This is the very perfection of a man, to discover his imperfections.

It follows then as certain as night that succeeds day, that without a decisive naval force we can do nothing definitive, and that with it everything honourable and gorious.

I am a soldier, I fight where I am told, and I win where I fight.

I think it better to do right, even if we suffer in so doing, than to incur the reproach of our posterity.

Never be in a hurry; do everything quietly and in a calm spirit. Do not lose your inner peace for anything whatsoever, even if your whole world seems upset.

Retrieved from "https://althistory.fandom.com/wiki/User:Bobalugee1940?oldid=607033"
Community content is available under CC-BY-SA unless otherwise noted.