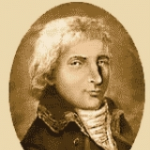 I am the creator, moderator, and (so far) only major contributer to the Napoleon's Australian Victory timeline. I worked on the idea for a few months outside the wiki, on paper and in my head, before starting the page.

This is my main TL, and the product of many months of work.

In 1804, the young British colony of New South Wales was racked by a convict rebellion. In OTL, it was defeated. But what if the convicts, with their vastly superior numbers, had defeated the colonial forces and taken the colony for themselves?

Able Was I Ere I Saw Elba

This is my side project, based on this premise: What if Napoleon did not escape from Elba and instead stayed and ruled his island principality?

I played Australia in Axis vs Allies: Reloaded, and did in the first go of Triple Entente vs. Central Powers, although after the wiping, I became Romania. I was the Confederation of the Rhine in Napoleonic Europe, and Brazil in Napoleonic Europe Reloaded. I played as Mecklenburg-Schwerin in Vive la Revolution (Revised), and am doing so again in Vive la Revolution Reloaded!. I was Hesse-Kassel in The Seven Years War, and will play as the Principality of Waldeck in Leuthen's Lamentable Loss.

Pages for other people's TLs

I am a sort of leftist, Labor supporter. I have no objections to the monarchy, but also wouldn't mind

having an Australian Republic. I am also sympathetic to Anarcho-Communism.

According to the Political spectrum test, I am a left wing Libertarian:

This table is just waiting here for a while:

Retrieved from "https://althistory.fandom.com/wiki/User:Callumthered?oldid=879994"
Community content is available under CC-BY-SA unless otherwise noted.