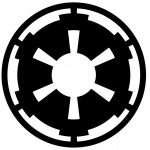 Well, hello there! I am Calthrina950. This is my user page. I have created or edited articles for Alternate History Wiki (this wiki), Imagine Wiki, Lovian Wiki, Fanon Wiki, and Empire of Calthrina Wiki (my username is named Calthrina, added with three random numbers, 9.5.0, whom I thought of and wrote down when I created my account). I have also edited or at least read articles on Memory Alpha, Memory Beta, and Fanon Wiki (whom I have also created articles at). The wiki I spend most of my time on is Alternate History Wiki, and I have nearly abandoned Empire of Calthrina Wiki AND Lovian Wiki. I also worked on Creative Science Fiction Wiki for a time, but the administrator, Rojixus, banned me, claiming I was a sockpuppet of another user. So I will never go back there again. Irritating, isn't it?

My contributions and edits include, but are not limited to:

I have heard about 1983: Doomsday, but I am not interested in adding or editing anything relating to that timeline. I have read some of it, but it gets boring after a while. I have also read Superpowers, which is a fablous timeline. I have also read Aztec Empire (Aztec Empire), a fairly good timeline as well, although the author, a user named Ed with random numbers I do not remember, has bad organization and in some cases spelling. The articles need a massive over-haul and grammar correction. I have also read Great European War (Great European War), a interesting timeline, and I have heard of Dawn of the Dark Ages, 500 A.D. (Map Game) and Colonisation Map Game, although I do not want to play either. I tried to create The Map Game (Improved) and Russian Empire 1696 (Map Game), but both had no activity at all so I have abandoned them.

My Political Beliefs (Optional to read if you want to)

I am a Liberal, somwhere between a Socialist (or Communist if you prefer to use that term) and a Conservative. As such, I do believe in the protection of people's rights and freedoms, as Libertarians do, but, unlike Libertarians and Conservatives, I believe that the government can use it's power to help those who cannot help themselves. As such, I support free health care, free education, and welfare, including free lunches and breakfeasts at school, the providing of grants to attend college, the encouragment of higher education standards, free health care insurance, free health benefits, responsible and effective hospitals, as well retirement benefits, elderly penisions, unemployment benefits, unemployment assistance, the right of unions to form and meet, regulations on industry to maintain the economy, regulation of the stock market, as well benefits related to single mothers, economically burdened families, and benefits concerning medicine and basic health needs. I am a strong advocate of universal health care, as previously stated, and I do believe in the equality of all people and protection of civil rights, but I hate the "non-inteference" policies of the Libertarians and Conservatives in which they believe not to help sustain the peoples of this country. I oppose un-duly interventions in other countries in foreign affairs, and interventions only in the name of combating terrorism and insuring the social and politcal security of free peoples all over the world from threats of terorism. I believe in the UN, and in efforts of maintaining peace, justice, and security across the planet for all nations. I support the elimination or at least partial restriction of poverty and of giving aid to countries who cannot help themselves. I also believe in strong relations between the United States and Britain, the US and Canada, the US and Mexico, the US and Russia, the US and Australia, the US and India, the US and Africa, and the US and the European Union.

Retrieved from "https://althistory.fandom.com/wiki/User:Calthrina950?oldid=263600"
Community content is available under CC-BY-SA unless otherwise noted.