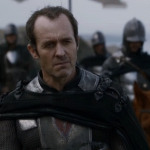 Lots of colonies appear in the Americas before Columbus comes, result in a different Americas.

Canada becomes independent during the American Revolution, which leads to a new world order in the 20th and 21st centuries.

Was a featured alternate history candidate!

A nuclear war in the 1980s transforms America into a dictatorship.

Survivor state in the Kola Peninsula.

Civil war between Chad and GUNT during Doomsday which is currently ongoing.

The Occupation (put on hold)

After devastating famines and civil wars, the US, UN, and Israel begin to occupy nations to ensure their safety.

For my time on this wiki there have been some memorable quotes.

This nation that has stood more than two hundred years, that has seen a worldwide depression, the birth of modern science, won two world wars, a cold war, and several others, this nation which has long endured through tensions nuclear, political, racial, and infrastructural has burned for more than two centuries, will continue to burn for another two centuries, and another two after that!

We have fought the largest and most populous country, endured the death of five presidents, killed not one but two tyrannical dictators, freed the world from the grasp of fascism, communism, and evil time and again, we have been part of at least two empires, and we are building ourselves a third.

The United States shall prevail, and bring everlasting peace and victory acrosse the world, across the System, across the very Universe if we must! We will do it in an honest and gentlemanly way, for that is the American way! We will One day be a nation of infinite bad@$$ery and fruition! Thank you, and good morning.

Note, some of the above events may have been exagerated, and I meant nothing offensive in the above. - Jazon Naparleon

Retrieved from "https://althistory.fandom.com/wiki/User:CheesyCheese?oldid=1716435"
Community content is available under CC-BY-SA unless otherwise noted.