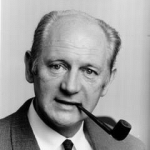 Hello everyone! My name is CnocBride and I am a 14 year old male farmer from the Island of you guessed it Ireland! The island which seems to be where nearly ever american originated from weirdly. Most likely the Great Famine was the cause of that!

Anyway like I said my name is CnocBride and I love writing Alternate history. I used to write it on documents on my desktop and I would lose it often. One day I discovered this wiki and thought it was the best thing ever as it gave me a home to save and protect my treasures that are my Alternate histories.

Well i'm from the Republic of Ireland and live on the border. I'm not some crazed drunken IRA soldier like many think though I do believe that Ireland is for the Irish people and a 32 county republic would be a lovely thing. Though I really do not believe in the fighting of the Provisional IRA. Anyone from all that nonsense I am from what I know 100% Irish. I do not know for sure what ancestry I got only I know much of me is of Irish descent. Many relatives of mine have moved to America and some are surprising. I have relatives who fought in both World Wars for the Americans and some even in the Korean war. Finally my family are hugely political. Not powerful just into politics. My grand uncle was a senior member of the Fianna Fail party for 70 years and served under a number of leaders and Taoisigh. I also have a cousin as a current TD :Niamh Smyth.

I am fluent in English as my native language. I am fairly advanced at Irish and I have basic knowledge in German. My interests include: Gaelic football, hurling, religion, politics, geography, history, reading, aviation and countless other things.

I hope you learned a bit more about me. If you would like to talk to me a bit more please feel free to leave a message on my talk page and I will be happy to reply!

I am not as active on Althistory as I was because of the fact I have largely moved from Althistory to Conworlds.

These projects are what I work on fulltime. The flagship project is the main project.

You can visit my sketches page for quick short stories on small Alternate histories.

Retrieved from "https://althistory.fandom.com/wiki/User:CnocBride?oldid=1418734"
Community content is available under CC-BY-SA unless otherwise noted.