My interests include history (obviously), linguistics, cartography and vexillology, the minutia of culture (things I believe often overlooked), women's history, and a myriad array of other historical and cultural topics.

My inactive histories, on (indefinite) pause

My flag for a Romance Britain 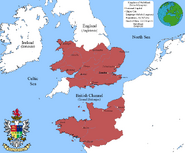 My map of a Romance speaking Britain for potential future use

My coat of arms for a Romance speaking British Kingdom, for potential future use 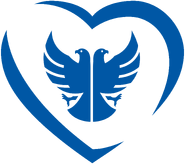 My (fictional) country of Romain for potential use