The 2006 British general election was held in May 2006 and resulted in a third consecutive win for the New Democratic Party (NDP), now led by Chris Huhne. The NDP saw gains from the DSLP and Greens, resulting in a favourable swing of 3.6%. As a result of the election, the coalition agreement between the NDP and the Green Party was maintained, establishing the Second Huhne Ministry.

The NDP under Huhne had shifted to the left, resulting in a campaign based on more public spending, more controls on big business, and a greater environmental focus. ==Results

The 2017 British general election was held on Saturday, 2 May 2017 to elect the 808 members of the House of Commons, as well as a third of the 101 members of the Senate. The Elections were also the first to be held after the independence of Scotland - as a result, 115 Commons Seats were reduced.

Federal elections were held in Germany on 8 September 1936. The Election saw a victory for the national conservative coalition made up of the DNVP and Zentrum.

Trouble in the Suez..🎵We didn’t start the fire🎵

The Suez Crisis, also called the tripartite aggression (Arabic: العدوان الثلاثي‎) in the Arab world, was an invasion of Egypt in early 1958 by Germany and Italy, followed by France. The aims were to regain Western control of the Suez Canal and to remove Egyptian Premier Gamal Abdel Nasser, who had just nationalised the canal.

The War signalled a new stage in German-Western relations, signalling the start of the Cold War.

Germany invaded the Sinai through the city of Arish.

Viktor Friedrich Kress (Born 16 November 1947, Aged 73) is a Crimean politician who is the current and third President of Crimea since 17 February 2011.

Born to ethnically German parents in Kiev, Ukraine in 1948, the young Kress moved to the Crimean Pensinsula in 1964, as part of the German resettlement program. Kress graduated from the Sachsenstadt Agricultural Institute in 1971 as an agricultural economist and worked as an agronomist in Northern Crimea.

Initially a member of the Conservative People’s Party (KVP) after the Crimean Revolution, Kress joined the State Council for the first time in 1991. Kress crossed the floor in 2001 to join the liberal conservative Liberal Democratic Party, and continued to serve in the 3rd, 4th and 5th parliaments, before running for the office of president in 2011. Kress won 43.7% of the popular vote in the first round, and 56.9% in the second round.

Kress’ tenure has been marked by improving relations with Europe and Russia, as well as the first economic increase since the 1980s. Kress won re-election in 2016, winning against

After Heinrich Himmler gained power in Germany in 1962, the administration of Crimea became centralised with the German officials. Himmler envisioned Crimea as the masterpiece of Germany’s colonisation of Eastern Europe - the Russian and the Ukrainian population of Crimea was forcibly moved out of their homes and were expelled northward into Ukraine. Prominent Crimean settlements were renamed - Sevastopol into Sachsenstadt and Yalta into Gothenburg. As popularised by films such as ”Ich habe dich auf der Krim getroffen” (I Met you in Crimea; starring Karlheinz Böhm and Romy Schneider, 1966), Southern Crimea became characterised as a elegant, romantic location in German Culture. As part of Himmler’s interior reforms, the unemployed were offered work in Crimea, and businesses and investments flourished in the cities of Sachsenstadt and Gothenburg. In 1940, the Crimean German population numbered roughly 40,000. By 1970, there were 200,000 living in the peninsula, the largest density in Eastern Europe.

The present Prime Minister is Jacob E. Edwards, leader of the Liberal, who was appointed in 2015.

The office of Prime Minister was created in 1865 to handle the cabinet and appoint its members. The Prime Minister is appointed by the Queen and confirmed by the House of Representatives. Of the 17 Prime Ministers, 9 have been Liberal, with 7 being Conservative.

John Fitzgerald "Jack" Kennedy (May 29, 1917 – July 8, 1999) commonly referred to by his initials JFK, was an American politician and journalist who served as the 35th president of the United States from January 1961 until January 1969.

The Sofia Peace Treaty was a peace treaty that dealt with the Balkan members of the Allied Powers, Montenegro, Serbia and Greece.

Effects of the Third Balkan War

In Greece, the loss of the War ended Viktor Dousmanis’ premiership, and by extension, the Greek Monarchy. George II abdicated the throne and fled in exile to the Two Sicilies. The Republic that replaced the monarchy was incredibly fragile due to the two sides of the political spectrum conflicting with each other, as well as the economic reparations placed on Greece after the Sofia Treaty.

President of the Council of Scotland:

The Constitutional Kingdom of France (French: Royaume constitutionnel de France) was a former nation located in Western Europe from 1918 to 1919, and then from 1946 to 1965.

While the Netherlands remained Neutral during World War I, it was drawn economically and politically to Germany in the inter-war period.

In 1930, the economic turmoil of the Wall Street Crash hit Europe and by extension, the Netherlands. The economic crash hit Holland specifically hard and caused unemployment and poverty. Riots gripped Amsterdam and were brutally put down by the Army. The Queen, and by extension her government, became extremely unpopular. A Revolution in March 1931 put a end to the monarchy and put a Republic in power. After this new government proved unable to fix the major issue of unemployment, it was overthrown by a Communist Revolution in June 1933.

This leads to the Austro-Hungarian and the Ottoman Empire crumbling, with new nations being formed out of them.

Germany becomes divided between a right-wing dictatorship, an Allied Protectorate, a loyal Kingdom, and a Communist State in Bavaria.

Russia, Hungary, Bavaria, Finland and Ukraine have fallen to the beast of communism, with France on the edge of civil war because of its influence.

The entente has been divided, with Britain taking a more isolationist policy, and France going down the route of more Socialist policies.

National Racheism is a far-right, anti-communist, ultranationalist ideology that dominated German politics from 1928 to 1986. It was founded by Karl Wagner (1894-1975) in his 1920 book The Last Hope. In 1921, the DNRP was formed, led by Wagner. While anti-semitism was not a key principle of the DNRP, many of the DNRP were anti-semities and persecuted Jews. These practices were never condemned by the DNRP. One of Racheism’s main policies is the destruction of communism. In a period where communism was increasing in influence, many feared the “red terror” and turned towards the more radical right-wing parties.

Communism is a left-wing ideology that dominated the European stage from the end of the first war to the end of the second. While Communism has various forms, the most common of these is Trotskyism, which focuses on spreading communism rather than just creating a single communist state. In 1932, the Moscow Pact was formed between the USSR, the Hungarian Socialist Republic and Ukrainian SSR. More members joined over time, such as Finland in 1934 and France in 1939. Since WW2, Communism hasn’t been as influential, and is now relegated to Mongolia and parts of Central Asia.

The Alaskan General Election of 2015 occurred on the 4th of November 2015 and is the most recent election. The Conservatives won a majority, a stayed in government for the 4th election in a row.

Adolf Hitler (20 April 1889 - 4 July 1957) was a Austrian-Born General and Politician. He saw action in the First World War, the various Soviet-Eastern European wars of 1920-1923 and later worked in the German Secret Service. Upon retiring in 1934, he founded the NPD, which opposed communism and to an extent, Jews.

In 1935, Hitler was elected as a member of the Reichstag for Munich, which he held until 1951. In the election of 1951, he ran for the minister-presidentship of Bavaria, but lost his seat.

After retiring from politics in 1955, he retired with his wife, Eva Strassman in Kochel, before dying in 1957, at the age of 68.

The Australian Federation is an island state in Oceania.

The Republic of Borealia is a country in North America which was established in 1950 after 4 years of American Military Administration during the Second World War.

Borealia is a founding member of the Northern Alliance and the North American Organisation (NAU).

It also shares Nuclear Weapons with other members of the NA. Template:AWA

The Canadian Federation is a country in North America which was established in 1950 after 4 years of American Military Administration during the Second World War.

Canada is a founding member of the Northern Alliance and the North American Organisation (NAU).

It also shares Nuclear Weapons with other members of the NA. Template:AWA

The Northern Alliance, often abbreviated NA, is a Intergovernmental Alliance formed in 1955 to create a economic zone between various nations.

The NA also allows citizens of its members – Canada, Borealia, Quebec, Greenland, and Iceland to travel and reside in another NA member state without any travel documentation (e.g. a passport or national identity card) or a residence permit. 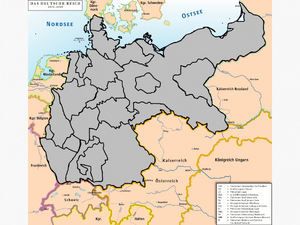 The Kingdom of Yugoslavia, known from 1925-1932 as the Kingdom of Serbians, Albanians, and Bulgarians, was a former state in Western Europe, created in 1925 and abolished in 1954 after the dissolution referendum of 1952.

The Union of Socialist British Republics existed from 1920 to 1945, and was the period when Britain was ruled by the socialist regime of Willie Gallacher.

The German State was a former state in Central Europe, created in 1935 and abolished in 1986 after the the return of democratic elections.