NOTE: This idea is not mine. I got the idea when I saw Mitro's one, which you can find here.

NOTE 2: All of this is open to change and re-haul.

Like my lower SM gallery but for all TLs 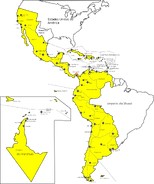 Colombia in Bolivar's Dream with provinces.

MORE THAN JUST HAMMERS AND SICKLES 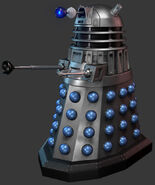 A Dalek! EX-TER-MINATE IMP-LAU-SI-BILITY
Add a photo to this gallery

As the daughter of the last emir of an unknown country in Central Asia, there's just enough information for this to be extremely infuriating. The information I have gotten until now:

*She grew up in Kabul but she's now part of a radio station in the US. (This give plausibility to an image I found that perhaps is the real likeness of Alimi; see image). 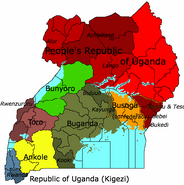 Uganda with federa and autonomous provincces in Buganda and Tore and R Uganda respectively, with autonomous and/or rebelling territories in PR Uganda.
Add a photo to this gallery

Retrieved from "https://althistory.fandom.com/wiki/User:Fedelede/Sandbox?oldid=994597"
Community content is available under CC-BY-SA unless otherwise noted.