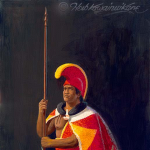 (I am taking an extended period of time away from the Wikia so as to use my time in other areas. If you need to contact me, I will most likely check my talk page from time to time, just don't expect a hasty reply)

Hi I'm Hailstormer, but most people on the Wikia call me Hail.

I first joined the Wikia after discovering map games, and since then I have become an avid fan of them. I have played in some of the Wikia's biggest series, such as Principia Moderni and Axis vs Allies. As well as some of the successful standalones, such as Night of the Living Alternate History. I have also partaken in map games with interesting premises, but were not successful, such as Cthulhu Sleeps.

I also enjoy reading through the various alternate history timelines present on the Wikia, and have started one of my own, called Trailblazer Is Down. With the focus being on the failed assassination of George W. Bush in Georgia in 2010.

I have played a large number of map games since joining the Wikia, and this list includes both past and present examples, as well as the states that I played.

I have done little work on timelines on the Wikia, with my focus mainly being on spellchecking and formatting already created articles. But I have started and created the outline to one of my own.

Retrieved from "https://althistory.fandom.com/wiki/User:Hailstormer?oldid=932425"
Community content is available under CC-BY-SA unless otherwise noted.