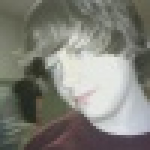 I'm a young American student that had always been interested in History. What interests me more is the possibilities in our world for things to be different. I have also spent time reading and writing to develop a creative writing proficiency, which I think may be greatly appreciated by the community of this site. The different paths that could be taken by the world, whether good, bad or indifferent, I believe are very drawing and important to explore. While I understand not all parts of my story, called L'Uniona Homanus, are equal, some parts are better or more developed than others, I hope to become an imbedded part of this site and gain any followers that I can. I intend for this story to reach a climax sometime near the present day, and in contemporary years to have much more rapid developments and actions in the world. I hope you all like me.

Reason for being here: I love history and I feel I should put my creativity somewhere.

Some PODs that came to me.

Retrieved from "https://althistory.fandom.com/wiki/User:Hidan43vr?oldid=514221"
Community content is available under CC-BY-SA unless otherwise noted.