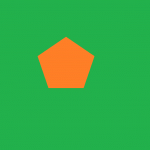 I am Jazon Naparleon; an Italian-American teen who has taken up the roles of; Lieutenant Grammar Nazi, Resident American Patriot, and qualitatious manager of CYOAH. However, the latter is a vestigal title at best; CYOAH has become bloated and dead, and I do not forsee a bright future for it anytime soon.

Regions (both chronological and spatial) of history I deal with in general;

Random helpful things I have learned during my journey across the internet/virtues:

When in doubt, google it!

If editing, open a second window and use google to spell check quickly with copy/paste

Copy/Paste something before you submit it, lest something go awry and it is not submitted correctly the first time.

Always have a Plan B. Plan C is optional, but encouraged! If you get to D, something is wrong with your planning skills, and you should look into that.

If you cannot say something nice, it better be constructive criticism.

The early bird gets the worm, but the second mouse gets the cheese.

The Butterfly effect is not limited to time travel and terrible movies.

It is better to die an honest man, than to live a dishonest one.

Never back down, never surrender, never say 'die' and never give up on your dreams, or yourself!

If a man knocks your teeth out, spit them into his eyes!

I am in the process of making this TL, criticism and help welcome!

This TL is basically a 'Choose Your Own Adventure' book in the form of an Althist, and is very expansive. Though I and the rest of the community have taken an extended vacation from editing it, I do have plans to get back on board before the end of Spring. I am second in command of this TL, along with Azecreth. It is all but dead now, caused at least in part by its overexpansion.

Initially I had adopted this TL and put quite a bit of work into it. When the original owner came back, I gave him the reigns to pursue more pressing issues, though I am still an important person in that TL.

One of my favorite Timelines, Superpowers is an incredibly vast Althist with over a hundred articels. It is nearly finished, and the author is doing something creative involving novels with it.

I'm going to get back to this one once I finish my job with CYOAH, which won't be for a while.

A very excellent read, to say the least.

Retrieved from "https://althistory.fandom.com/wiki/User:Jazon_Naparleon?oldid=435982"
Community content is available under CC-BY-SA unless otherwise noted.