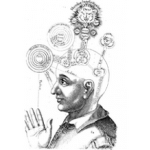 Hi there, my name is JorgeGG and I live and work in Santiago de Chile. I came here by accident, and well just given some random ideas. Oh, I forgot to mention, since I'm more interest in Doomsday 1983, I was a teenager by that time.

Some Tips on Writing Alternate Histories

In an alternate timeline

Personal timelines I am working on:

If you have any suggestions of questions on the above timelines, refer them in their respective talk/discussion page.

I also have a deviant art page (Seerh).

Favorite places that could have lead to other things:
Kingdom of Kongo does a Meiji with the unexpected help of the Portuguese
Swahili City States
Hausa City-States
Horn of Africa Sultanate
Central Asian Steppe Empire
A truly independent and successful Muhammad Ali Pasha's Egypt
Pre-Columbian Empires of the Great Plains and Mississippi that rival with Mesoamerica
The colonial empire of the Republic of Haiti in the Antilles / Caribbean
The Mayan Sea (Mayan Cities states or Hegemonies that trade and fight over the Yucatan, Guatemala Highlands, Caribbean Sea, Cuba, Gulf of Mexico and Florida)

Retrieved from "https://althistory.fandom.com/wiki/User:JorgeGG?oldid=1755165"
Community content is available under CC-BY-SA unless otherwise noted.