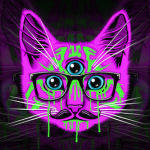 "The death of one man is a tragedy; the death of millions is a statistic." Joseph Stalin

"In heaven, all the interesting people are missing." Friedrich Nietzsche

"The whole Walt Disney philosophy eats out of your hand with these pretty little sentimental creatures in grey fur coats. For my own part, I believe that behind these smiling eyes there lurks a cold, ferocious beast fearfully stalking us." Jean Baudrillard

“A fire broke out backstage in a theatre. The clown came out to warn the public; they thought it was a joke and applauded. He repeated it; the acclaim was even greater. I think that's just how the world will come to an end: to general applause from wits who believe it's a joke.” Soren Kierkegaard

Retrieved from "https://althistory.fandom.com/wiki/User:Krasnoyarsk?oldid=1149522"
Community content is available under CC-BY-SA unless otherwise noted.