Hello to all. I am LordMarlborough. I like map gaming, but I am also a writer for The Right Blunder. I love memes, especially Polandball and I love military history. Accepted nicknames: LM, Lord, Marlborough

Template:LMSig1
Religions rise and fall, empires crumble into dust, but the works of science are for all time.

"Open fire." -OOM-9
"Did you ever hear the tragedy of Darth Plagueis "the wise"? I thought not. It's not a story the Jedi would tell you. It's a Sith legend. Darth Plagueis was a Dark Lord of the Sith, so powerful and so wise he could use the Force to influence the midichlorians to create life... He had such a knowledge of the dark side that he could even keep the ones he cared about from dying. The dark side of the Force is a pathway to many abilities some consider to be unnatural. He became so powerful... the only thing he was afraid of was losing his power, which eventually, of course, he did. Unfortunately, he taught his apprentice everything he knew, then his apprentice killed him in his sleep. It's ironic he could save others from death, but not himself." -Darth Sidious
"You have become A RIVAL." -Darth Sidious
"Oh, this is going to be easy!" -Obi-Wan Kenobi
"Sith Lords are our speciality." -Obi-Wan Kenobi
"How did this happen? We're smarter than this!" -Obi-Wan Kenobi
"Always on the move." -Obi-Wan Kenobi
"Do you have a plan B?" -Obi-Wan Kenobi
"Not to worry, we are still flying half a ship.' -Obi-Wan Kenobi
"Another happy landing." -Obi-Wan Kenobi
"Hello there." -Obi-Wan Kenobi
"Try not to upset him." -Obi-Wan Kenobi
"I have the high ground!" -Obi-Wan Kenobi
"So uncivilized." -Obi-Wan Kenobi
"Flying is for droids!" -Obi-Wan Kenobi
"I would kill you both right now if I did not have to drag your bodies." -Count Dooku
"Good, twice the pride, double the fall."-Count Dooku
"This contest shall not be decided by our knowledge of the force, but by our skills with the lightsaber." -Count Dooku
"This party's over." -Mace Windu
"No, I call it aggressive negotiations." -Padmé Amidala
"I don't like sand. It's coarse and rough and irritating and it gets everywhere. Not like here. Here everything is soft and smooth." -Anakin Skywalker
"You wanna buy some death-sticks?" -Elan Sleazebaggano
"World War Klink?" -Colonel Wilhelm Klink
"Ja, Kommandant Klink, a man who could have been great, except he wasn't very good." -Major Wolfgang Hochstetter
"WHAT IS THIS MAN DOING HERE?" -Major Wolfgang Hochstetter
"ALL HEADS WILL ROLL." -Major Wolfgang Hochstetter
"Physical fitness is one thing. Mental fitness - that's another." -General der Infantrie Albert Burkhalter
"This is a high-level meeting with low-level thinking." -General der Infantrie Albert Burkhalter

Will be updated when I can... 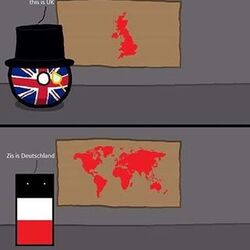 Retrieved from "https://althistory.fandom.com/wiki/User:LordMarlborough?oldid=1608767"
Community content is available under CC-BY-SA unless otherwise noted.