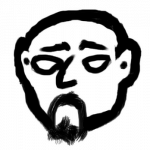 One of this wiki's friendly Sysop

Languages spoken: Joual,French, English. If desperate enough, I can fake a bit of spanish

1812 closure: The british win a clearer victory during the War of 1812

An Early October Revolution: The russian october revolution take place 12 years earlier then in our timeline.

A United Front: The republicans win the spanish civil war

The Boulanger Era: A proto-fascistic regime in 1890s France

Capet' Sorrows: France is an half forgoten kingdom from the middle ages

Day of Glory: 2 francophone nations hold the balance of power

Farewell My Canada: Quebec separate in 1995

February's Legacy: The Russian Provisional Government is not overthrown by the bolsheviks

Jacobite's Victory: A French invasion fleet leave for england beating a storm by a matter of hours leading to a return of the House of Stuart under King Charles III.

One World: A succesful League of Nations manage to unite the world

Maple Uprising: A successful uprising of the Canadas in 1840

North/South Germany: a piece of german disinformation near the end of the second world war leads to Germany being divided along Northern-Southern lines.

Reoccupied France: France is occupied by the Allied following the Second World War

Stalinless: Stalin dies many years before the October Revolution leading to a different state apparatus and international relations.

Transbellum: A cold war between 8 timelines

Wicked World: A world where Satan is worshiped in the western world and Iblis in the Middle-east. A world where the forces of evil and wickedness wins out.

Retrieved from "https://althistory.fandom.com/wiki/User:Marcpasquin?oldid=351981"
Community content is available under CC-BY-SA unless otherwise noted.