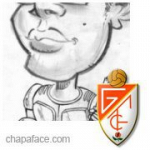 Hello! Welcome to my user page!

I hope, with these letters, to convey a bit of who I am and what I do around here in AHWiki.

I am a Spaniard Physics student who is, however, obsessed with Alternate Histories. I love reading them, and at some point in the past I decided that, perhaps, I could write my own AH. I am also writing fanfiction of both Harry Potter and the TV series Castle.

My first attempt at writing an AH was Operation Nevsky, an alternative history in which Stalin decides to launch an attack against a distracted Germany in November 1940. This attack is successful, in that the Soviet Union manages to take over most of Poland in short time, as well as preventing the Germans from acting in important events, such as the invasion of Greece or the British invasion of Libya (no Afrikakorps), while, at the same time, the United States and Japan seek a rapport to end the latter's invasion of China and return to statu quo. Meanwhile, the Jews of Warsaw, rather than being stuck in the middle of the battle between the Soviets and the Nazis, decide to escape the Ghetto through the sewers and run towards the north, managing to reach Sweden.

Operation Nevsky would have continued with an eventual Soviet invasion of Germany, British takeover of Italian Libya, the fall of Vichy France and return of Free French government to Paris... and a Soviet invasion of France and the Low Countries, expecting them to fall to pieces before the Russian onslaught, only for the Allies to resist and ally with the non-Nazi German Army (led by Erwin Rommel and Heinz Guderian) to restore democracy to Eastern Europe, while the Americans, Japanese and Nationalist Chinese forces invade eastern Siberia and slowly advance towards the west using the Transiberian Railway. Unfortunately, lack of both will to continue and people telling me that it was quite unreal made me stop trying.

After some time without writing, I found an AH that looked really good: A Prussian in the Spanish Throne by Tocomocho. This AH started with the election of Leopold zu Hohenzollern-Sigmaringen as the King of Spain, and managed to advance towards a fairly interesting moment, in which Germany and Spain manage to defeat the United States in the War of the Two Oceans, with Spain taking the Florida Keys and Germany taking Hawaii. Unfortunately, the story was left due to the author's personal and technical problems.

A fellow Spaniard nicknamed Linense and myself decided to join forces and write a new story, with the same POD but happening in different circumstances. Together, we wrote about four chapters of a great extension, but, once more, personal and technical problems made it difficult for Linense to keep working.

The Legacy of the Glorious (Milarqui's Cut)

Things were like that, when Linense suggested that we separated, and each other wrote their own version of the story. I took up to it, and soon rewrote the first chapters of the original collaborative story, ending up with The Legacy of the Glorious (Milarqui's Cut), which soon started to attract great attention from other readers, who wrote their opinions of it.

So far, I have joined two Map Games:

Unfortunately, both games ended rather soon, and now I am left without a Map Game to play in.

The Legacy of the Glorious 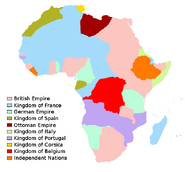 The Division of Africa 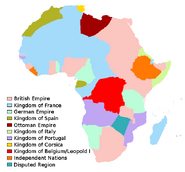 The British Ultimatum
Add a photo to this gallery 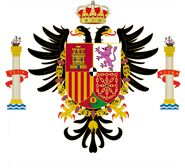 Spanish Coat of Arms
Add a photo to this gallery 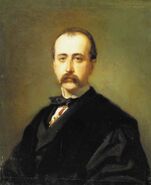 Carlist attack on French positions during the Hohenzollerns' War

Spanish liberation of Vitoria in the Hohenzollerns' War

French soldiers defeated at Sedan in the Hohenzollerns' War

Battle of Mars-la-Tour during the Hohenzollerns' War 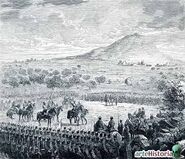 Battle of Iquique during the Second Pacific War
Add a photo to this gallery
Retrieved from "https://althistory.fandom.com/wiki/User:Milarqui?oldid=1703276"
Community content is available under CC-BY-SA unless otherwise noted.