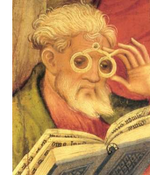 I decided to join Wikia after coming up with an elaborate Alternate Timeline which I have just started to develop and describe. In the future, I plan to make contributions to other great timelines I've seen around.

Timeline I am currently working on

What if Dom Pedro had left Brazil when he was commanded to by his father, king João of Portugal? This would change the entire process of independence of Brazil and would probabably split the country into many different countries. This ATL explores this possibility. And this would not affect OTL Brazil only: neighboring countries, such as Argentina and Paraguay would also have their histories changed, as well as countries in other continents.

I'm still going solo, as I still have to put things up as I have imagined, but maybe I'll accept contributions from others after a while.

Timelines I am developing an interest in

Out of One, Many

I am a History student from southern Brazil. I am currently taking a doctor degree at a local University, but I do have plans to spend a few months in USA or elsewhere as a part of my formation.

My area of expertise is Brazilian History of the 19th century, especially with relations to politics and slavery.

Retrieved from "https://althistory.fandom.com/wiki/User:Parsifal_br?oldid=396662"
Community content is available under CC-BY-SA unless otherwise noted.