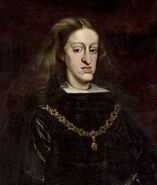 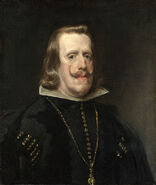 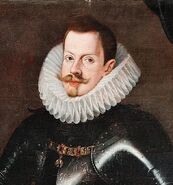 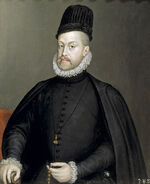 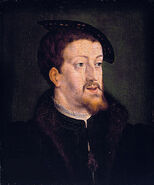 The Thirty Years' War was a series of wars in Central Europe between 1618–1648. It was one of the most longest and most destructive conflicts in all of European history.

Initially a war between Protestant and Catholic states in the fragmenting Holy Roman Empire, the Thirty Years War gradually developed into a more general conflict involving most of the great powers of Europe, becoming less about religion and more a continuation of the France–Habsburg rivalry for European political pre-eminence.

The Thirty Years' War saw the devastation of entire regions, with famine and disease significantly decreasing the population of the German and Italian states, the Kingdom of Bohemia, and the Low Countries. The war also bankrupted most of the combatant powers. Both mercenaries and soldiers in armies were expected to fund themselves by looting or extorting tribute, which imposed severe hardships on the inhabitants of occupied territories.

The War of the Spanish Succession (1701 – 1714) was a major European conflict of the early eighteen century, triggered by the death of the infirm and childless Charles II in 1700, the last Habsburg King of Spain. Charles II had ruled over a large active empire which spanned the globe, and the question of who would succeed him had long troubled ministers throughout European capitals. Attempts to solve the problem by partitioning (dividing) the empire between the eligible candidates from the royal Houses of France (Bourbon), Austria (Habsburg), and Bavaria (Wittelsbach) ultimately failed, and on his deathbed Charles II fixed the entire Spanish inheritance on Philip, Duke of Anjou, the second grandson of King Louis XIV of France. With Philip ruling in Spain Louis XIV had secured great advantages for his dynasty, but to some statesmen a dominant House of Bourbon was seen as a threat to European stability, and jeopardized the 'Balance of Power'.

By the late 1690's the question of Spanish succession had been brought into focus, with the declining health of the current king, Charles II, a Habsburg king noted for his extensive physical, intellectual, and emotional disabilities, along with his consequent ineffectual rule. Under the rule of Charles II the nation of Spain had devolved from a powerful European power to one less able to enforce hegemony over the continent of Europe. The Spanish Empire however, a collection of numerous territories across the globe, including much of the Americas, remained intact. In addition to the Spanish realm on the peninsula, the nation of Spain also included the Balearic Islands, the Spanish Netherlands, Milan, Sicily, Naples, Sardinia, Finale, and the State of Presidi on the Tuscan coast. Including its overseas territories, the Spanish Empire included the Philippines, Spanish West Indies, Florida, and much of North and South America. Despite the overall decline of the Spanish Empire, its colonial empire remained the largest in the world, and highly active and influential in Europe and on the global level.

In 1665 king Philip IV of Spain died, and was succeeded by his son Charles II, despite being a physically weak individual incapable of having children. By the time of his ascension he was the last remaining male Spanish Habsburg, having survived much longer than anyone had expected. As a result of Charles II's lack of heir, Spanish statesmen and the other nation's of Europe sought to solve the problem of Charles II's succession before his dead, to avoid a large scale war over the Spanish throne. No single heir could be agreed upon however, with the two most predominate rival for succession being the Bourbon King Louis XIV of France, and the Austrian Habsburg Holy Roman Emperor, Leopold I. Both men were of sons-in-law to Philip IV of Spain and grandsons of Philip III, making each of their claims equally valid. Both claimants knew that the vast inheritance of Spain would greatly increase the power of either France or Austria, and both nations fiercely perused the Spanish throne.

The Habsburg Monarchy or Empire (occasionally also styled as the Danubian Monarchy) is an unofficial appellation among historians for the countries and provinces that were ruled by the junior Austrian branch of the House of Habsburg. The Monarchy was a composite state composed of territories within and outside the Holy Roman Empire, united only in the person of the monarch. The dynastic capital was Vienna, except from 1583 to 1611, when it was moved to Prague.

The head of the House of Habsburg was often elected Holy Roman Emperor, although the two entities were never coterminous, as the Habsburg Monarchy covered many lands beyond the Holy Roman Empire, and most of the Empire was ruled by other dynasties. The Habsburg Monarchy did not usually include all the territories ruled by the Habsburgs. The senior branch ruled Spain until 1700, but it is not usually included in the definition of "Habsburg Monarchy" after the reign of Charles V, who divided the dynasty between its Austrian and Spanish branches upon his abdication in 1556.

The Habsburg family originated from the Habsburg Castle in modern day Switzerland, and after 1279 came to rule in Austria (known as "the Habsburg Hereditary Lands"). The Habsburg family grew to European prominence with the marriage and adoption treaty by Emperor Maximilian I at the First Congress of Vienna in 1515, and the subsequent death of adopted Louis II of Hungary and Bohemia in 1526.

Archduke Ferdinand of Austria, the younger brother of the Holy Roman Emperor Charles V, was elected the next King of Bohemia and Hungary following the death of Louis II of Hungary and Bohemia in the Battle of Mohács against the Turks.

This list includes all emperors of the Holy Roman Empire.

Emperors before Otto the Great