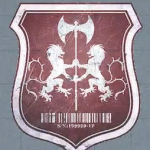 Hey there, my name is Razgriz 2K9, I'm from Alabama, in the Southern United States.

A Little About Me

Ancestry: Trinidadian (on both sides)

The Union of Central America Continues

Main PoD: 1836; Due to a successful victory by the Federalists in the Central American Civil War, the United States of Central America continues to persist into the modern era.

The Inheritance of Anjou

Main PoD: Charles VIII does not die in th

Nation: The Dutch Republic (Republic of the Seven United Netherlands)

Nation: The Kingdom of Pontus

Retrieved from "https://althistory.fandom.com/wiki/User:Razgriz_2K9?oldid=1020026"
Community content is available under CC-BY-SA unless otherwise noted.