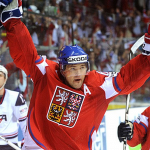 I am a student of Norwegian-Czech heritage living in Denmark, studying politics and history. My main interest is political and military history. My specialty in military history is the Second World War and the interwar era (1918-1939). However, I am also very interested in the the events surrounding the Norwegian declaration of independence from Sweden in 1905, the First World War, the Cold War conflicts (Vietnam, Korea, Cuban Missile Crisis, Afghanistan, Iran-Iraq) and modern conflicts (Gulf War of 1991, the Iraq War and in particular the War in Afghanistan 2001 to present).

As my username implies, my althistories will include as much authentic and historical accurate information as possible.

Czechoslovakia decides not to abide by the Munich Agreement on September 30, 1938, provoking an invasion by Nazi Germany on October 1 later joined by Hungary.

Seeing an opportunity to regain their lost capital Vilnius from Poland and provoked by an border incident, Lithuania agrees to a proposal made by German Foreign Minister Joachim von Ribbentrop to invade eastern Poland in 1939 on the side of Germany and Slovakia.

Step in a Different Direction

Adoption. Senior Senator of Arizona and Republican candidate John McCain defeats Democratic challenger Barack Obama in the United States presidential election on November 4, 2008, and is inaugurated as President of the United States on January 20, 2009.

After Senator John McCain defeats Governor George W. Bush in the 2000 Republican primaries, he is elected President in November 2000.

Retrieved from "https://althistory.fandom.com/wiki/User:Realismadder?oldid=1609462"
Community content is available under CC-BY-SA unless otherwise noted.