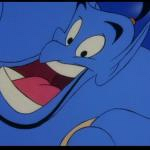 Hello, my name is Reximus55, better known as Rex or Reximus.

Other Pages About Me:

I am working on quite a few projects...

I have made the following templates and store them here for ease-of-access.

I generally enjoy progressive rock. Among my favorite bands are:

Retrieved from "https://althistory.fandom.com/wiki/User:Reximus55?oldid=1776888"
Community content is available under CC-BY-SA unless otherwise noted.