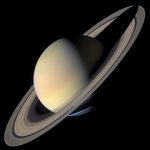 Hello, I am Saturn1257. I am the creator of the failed Ninety-Five Theses, and hope to work on timelines around here. I used to be more active, but I'll be attempting to try to return back here gradually.

Most of the history I enjoy is the Cold War, Great War, and World War Two. As the reader would most likely guess, most of my timelines are set in these times. I like my timelines to follow a PoD that has been done many times, but change it so it would be more unique. Personally, I find it very interesting learning about obscure things that would have changed the world forever.

Retrieved from "https://althistory.fandom.com/wiki/User:Saturn1257?oldid=1652206"
Community content is available under CC-BY-SA unless otherwise noted.