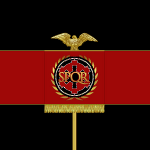 I was the following nations in the respective map games: 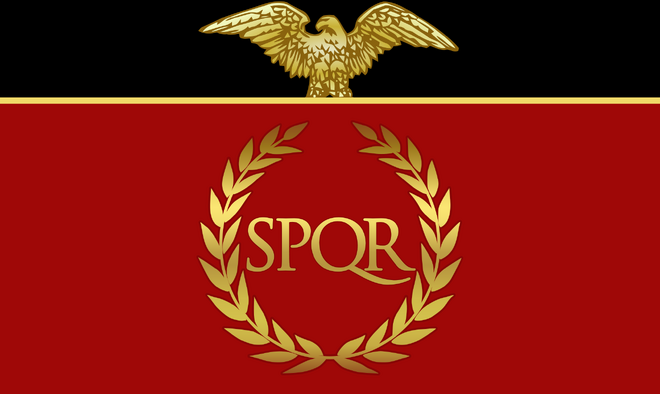 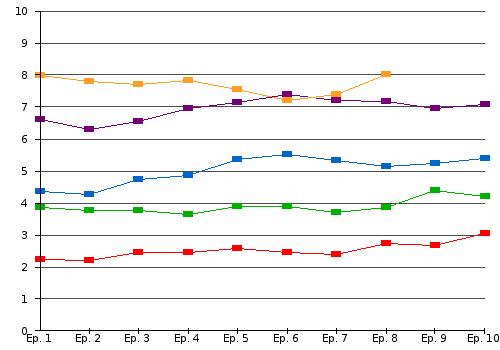 The Life and Times of the Great Scraw

Long before the great Scraw was born there existed a multi-galactic system of governance that united the millions of different peoples across the universe. This great system centered on the Virgo Supercluster, then known as the Peric Agglomeration, named for the great House of Peric, which hailed from the planet of Gotham in the galaxy known as the Erdyn (Milky Way) Galaxy. The House of Peric was the great house that gave birth to the great hero-explorers who united Erdyn before making contact with other galaxies in the Agglomeration. For millions of years the Agglomeration thrived under the rule of the majestic kings and queens of Peric, commanders of the giant Peric Stormac, a great body of three thousand representatives from the several hundred galaxies in the Agglomeration.

However, this system was doomed to fail due to its massive expanse and immense population of an entire mole (6.02e23) and many different species. Slowly the many galaxies of the Agglomeration separated until all that remained was Erdyn and its nearby satellite galaxies. After a thousand generations of weak and ineffective leaders even the galaxy itself began to crumble. The different peoples of individual star systems all began to suffer infighting until everything crumbled around Gotham. But Gotham was not to be spared by the endless wave of spreading chaos. Soon Gotham itself split into a hundred different city states that battled itself. The power of Peric dwindled endlessly until it was certain that the Fall of Gotham was imminent. The last great king from Peric had a child in the final days of Gotham, named Scraw. This great child Scraw was to be the Savior of Gotham and the first of a line of renewed kings. But soon his parents were killed in a senseless act of violence before the entire planet was destroyed by warring feudal kings. The last attendant of Peric, Fredal Worennpyth, fled the planet with the great child Scraw for the last stable planet in the galaxy. This planet was named Earth.

The planet of Earth was ruled over by a pantheon of many gods, including the great godkings Zeus and Ra and Odin, and their fellow godkings Poseidon and Hades, and Set and Osiris, and Thor and Loki. But even Earth was not to be saved as this pantheon would collapse into three. Eventually the Pantheon of Zeus prevailed and the Pantheons of Ra and Odin would be forced into hiding. Fredal Worennpyth would take the great adolescent Scraw to hide in the depths of the ocean so that he may not be found by the other gods and killed. The great Scraw gained great powers under the light of the singular white moon of Earth. However Fredal and Scraw could not even hide under the sea as it was the domain of Poseidon. Poseidon sent his son, Triton, to scour the sea for Fredal and Scraw, for aware was he that they were residing in his domain. Triton indeed found the refugees from Gotham and sought to bring them to his father, Poseidon. However, he failed due to the great powers that Scraw and Fredal gained under the moon of Earth, and Fredal sacrificed himself in the fight to protect Scraw. Triton, too, was destroyed, and Scraw was now left to fend against the sea on his own. Poseidon abandoned the search for Scraw, fearing that he would destroy him like his son was destroyed, while Scraw swore his vengeance on Poseidon and the Pantheon of Zeus, known now as the Greek Pantheon after the land of Greece, the new home of the Pantheon.

The First Age of Scraw and the Life in Ancient Earth

Once Fredal Worennpyth had passed, the great Scraw was on his own. He decided that he needed to wait before confronting the Gods of the Greek Pantheon and instead travelled the country known today as the United Kingdom. South of the land known today as Nottingham, he established the township of Gotham, named after his home planet. For a hundred years Gotham thrived as the center of local civilization, as Scraw and his group followers (the Merryfolk, men and women dedicated to the modernization of Earth) travelled across the island and created the great nation of Gotham, centered around the great city. However, Scraw soon realized that Gotham had gone too far ahead of the rest of Earth, so he left Gotham after a hundred years of rule. He left the nation under the control of his lieutenant Broose of Wain while he retreated once more into the sea. Broos was soon killed by rebellious soldiers from the village of Lawn's Den. Eventually the whole nation of Gotham collapsed due to incompetent rulers. The city of Gotham was sacked and burned to the ground by gangstas from the land of scouts, the land of the north. Thereafter Gotham became a measly village of insane people with PTSD, forever in the shadow of Nottingham. A thousand years after these events, a man named Robyn of Hud who had a band of Merry Men and robbed from the rich and gave to the poor in the style of the great Scraw, by then regarded as a fictional legend.

Contrary to popular belief, Scraw was neither dead nor fictional. In fact, he had travelled into the sea to find it under the control of a mortal military commander. To his great disbelief, Poseidon had been banished to Tartarus in a Third Great War between Zeus (and his supporters) and Poseidon and Hades (and their supporters, as well as the armies of the sea and the dead). For years, Scraw collaborated with this mortal, now a king, in restoring order to the sea. Scraw did most of the work. He captured all the Kraken in the sea and trained them to be majestic war animals. Then he destroyed the enemy mermen armies. During this process he gained powers over water.

After spending a score in the ocean, the great Scraw travelled onto the land. He first travelled across the Sahara Desert, where he met the Sand Man and learned how to control sand. Then he travelled to the land of Egypt, where he met the god Ra. But Ra was not in his state of greatness. He and the other gods had been defeated in a war with Persia. The Prince of Persia, Leonidas, once a king of Sparta, was under the evil influence of Angra Mainyu, the destructive spirit. The wizard Moses had cast spells on the gods of Egypt and they had gone into hidng. The great Scraw, seeking allies against the Greeks of the north, engaged Moses in a battle of wizardly prowess. Scraw cast a hakuna matata on Moses, defeating the Dark Wizard. Then he had a swordfight with Leonidas. Scraw utilized a blade of fire to decapitate the traitorous prince and tore down his front lines before isolating the King himself, Vervez X. The great Scraw drowned him in a giant wave of water from the Red Sea. Then he displayed the dead body of the king high above Egpyt so that the destructive spirit could see it. Enraged, the spirit came down to the earth to battle the great Scraw. In the course of the battle, the lush Egyptian landscape was devastated and became a desert land, except along the Great River Nile. Scraw eventually destroyed the spirit and restored the gods to power. He placed Ahura Mazda back in control of balance and made Ra the king in the heavens and the Sand Man the king on Earth. It transpired that the Sand Man was really Alexander the Great. Scraw then continued north to Greece and promised to give Alexander his throne back one day.

After that, he ventured to the land of Greece where he informed the people that Leonidas was a traitor under the influence of the Persian godking Xerxes. Angered, the people led a revolution against the regional dictatorial government. Over time they created a thousand and a thousand more small states, but that is not the subject of this story. Nay, after leaving the Greeks to their own fates, the great Scraw ascended Mount Olympus. There, he confronted the god allies of Zeus. He sought to legitimize the new king of the sea and to take control of the Underworld himself. The gods scoffed at him and gave him twenty tasks to complete to prove his worth. Little did they know that he would do this.

Retrieved from "https://althistory.fandom.com/wiki/User:Scrawland_Scribblescratch?oldid=1465694"
Community content is available under CC-BY-SA unless otherwise noted.