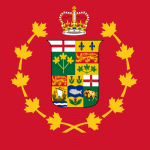 My name is Tbguy1992, and I live in Manitoba, Canada. I'm 24 years old, and I'm a graduate of the University of Winnipeg, with a Bachelor of Arts in History and English. I have loved Alternate History since reading my first AH book, Harry Turtledove's "Great War: American Front." Soon after, I found this Wikia, and have been working on my own TL's (below). So please, check them out! If you like them, or have an idea, please message me!

NOTE: if you are having issues that need to be resolved by an Admin, leave a message in my talk page and I will get back to you ASAP. Thanks!

These projects are my pride and joy: I've invested much time, energy and research into these stories, and I'm proud to have created and developed them to where they are today. I have had help, however the much of these have been created by me.

(FTBW for short) The death of Admiral Nelson and the destruction of the mighty British Fleet under his command results in the dominance of Napoleon on the continent, and a world that we cannot possibly imagine...

One Day In Sarajevo

A failed assassination attempt of Archduke Franz Ferdinand on June 28, 1914, is just a minor footnote in history. But does this mean that the Great War has been forever avoided, or just delayed yet again?

Choose Your Own Alternate History!

A new Idea: This timeline is one that you create. I'll supply the Point of Divergence, from which you can write another "divergence," from which someone else can write yet another. This will guarantee that, when we are done, no story will be the same way twice!

Choose Your Own Alternate History! Redux

As much fun as the previous CYOAH was, it's time for a reboot...

The subjects under this category are very rudimentary, and in many cases barely started. However, if I can find the time, I would very much like to continue with them in the future.

Titanic, the Luckiest Ship in the World (On Hold)

The massive ocean liner RMS Titanic is only slightly damaged by an iceberg on her maiden voyage. This omen begins the story of what many would call "The Luckiest Ship in the World"...

Riel's Canada (In collaberation with Yankovic270)

Avoiding the death of Thomas Scott, Metis Leader Louis Riel is unable to make any headway with the Government of Canada over the future of the Hudson's Bay Territory. So, Riel decides to take his case to London, and soon the Dominion of Assiniboia is formed...

Made in real time based on News Reports, as per the Live History guidelines. A communist America and a democratic Russia are in the midst of a Cold War, and the slightest spark may set off World War Three; this story is developing, more later.

The Compromise of 1850 ends in bitter failure, with the North and South blaming the other for trying to destroy these United States. But will it lead to Civil War?

A Night at the Ford (On Hold)

It was just a typical night at Ford's Theater in Washington D.C. at the close of the Civil War: the crowds have come to see Our American Cousin, President Abraham Lincoln had come as well, and an assassination attempt against the Union leader failed...

I haven't done much on the AHWikia outside of my own stuff, but any that I remember, I've placed here.

I'd like to thank the academy... I kid. But in all seriousness, I would like to thank everyone who has voted in the Stirling Awards for many years, and for naming these particular articles and timelines that I have worked on as the best that the Alternate History Wikia has to offer. It makes me feel all warm and fuzzy inside. Consider this my trophy wall. Feel free to look, but don't touch them, I just polished them all up.

(Now for some more personal ones)

Retrieved from "https://althistory.fandom.com/wiki/User:Tbguy1992?oldid=1416209"
Community content is available under CC-BY-SA unless otherwise noted.