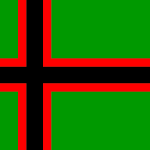 Personal Motto: Life isn't fair; just what you make it

I am the manager for Great Nuclear War. I am also the Official Cartographer.

I have written many, many articles for Great Nuclear War, ranging from articles of the various Michigander Tribes to the prolific racist groups known as the Klu Klux Klan, and the Black Army. The Majority of my articles center on teh United States, specifically the Great Lakes Region, the Great Lakes Region being somewhat of an area of expertise to me.

Retrieved from "https://althistory.fandom.com/wiki/User:Therubbleoroursins?oldid=1422166"
Community content is available under CC-BY-SA unless otherwise noted.