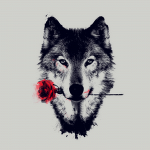 aka Deadly State of Mind

*sigh* Hi there, name's Andy, though most people call me Andre or AM. I am a Romanian from Timisoara, Romania. Currently, I am studying in Vienna, Austria and I am also an unpublished author (though I plan to change the unpublished part). I am pretty new around the wiki, but I'm active almost every day of the week. You might find me on the Conworlds, but I am mostly here on AltHistory. As of January 2016, I have two children and am happily married.

*sigh* Yes, I'm from Romania, so let me answer some FAQs -

Timeline of Oer, in which a cult in England destroys in 1415 the barrier between natural and supernatural. *sigh*

Timeline of Josh, in which Rome and other ancient cultures survive until the modern day.

Of Hitler, Ito and Wilson

A timeline in which Japan does not get nationalist and a peaceful East Asia, a low-staying of the US and a Cold War between the fascist Madrid Pact and the capitalist European Community. *sigh*

Timeline in which the United States is not founded in 1787, and North America remains a poor continent, without much global power. *sigh*

An America that is different, yet similar to OTL. *sigh* 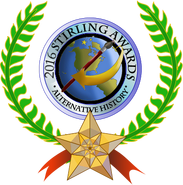 My Stirling Award for Aragon (1983:Doomsday) 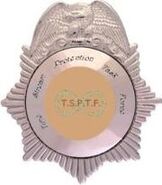 My Badge of Office
Add a photo to this gallery

Retrieved from "https://althistory.fandom.com/wiki/User:Thewolvesden?oldid=1535419"
Community content is available under CC-BY-SA unless otherwise noted.