Alternative History
Register
Don't have an account?
Sign In
Advertisement
in: Pages using duplicate arguments in template calls, Under Construction

Principia Moderni, or "The Beginning of the Modern" in late Latin, was a map game beginning in the final days of the Middle Ages in Europe, and the early days of the Ming Dynasty in China - in 1400 CE, a turbulent era; in other words, an era of change; an era in which power is cemented. The first game was perhaps the most successful map game on the wiki in terms of length, finishing without dying and plausible expansions. However, it did have its problems, and has now finished. The second game, instead of being a worthy successor to the first, was marred by over-expansionism, feuds between players, ambiguity in the rules, which often caused controversy on wars between player nations, over-competitiveness and overall inactivity of the moderators, but was nevertheless successful in reaching the Modern Age. And thus, this third installment has been created. Welcome to Principia Moderni III!

The Kingdom of Lombardy is a constituent state of the Holy Roman Empire in northern Italy. It was created in 1503, following the merger of the Duchy of Milan, and its territories of Padua and Ravenna. The Kingdom of Lombardy arose from Milan, which had been created from a collection of twenty-six towns and a wide rural area of the middle Padan Plain, east of the hills of Montferrat. For much of its early existence, the duchy was separated from the sea and other nations by Savoy to the west, Venice to the east, the Swiss Confederacy to the north, and Genoa to the south. By the late fifteenth century, however, the duchy had grown to be one of the most powerful Italian states, outside of the Kingdom of Italy to the south.

Milan took part in a successful invasion of Italy, granting the duchy control over most of northern Italy, while the Kingdom of Spain secured Italy proper. During the reign of Stephano the Great the duchy would be reformed into the Kingdom of Lombardy, and the region would experience one of its first golden ages. Lombardy served on the forefront of cultural innovation, as one of the leading patrons of the arts in Europe, becoming home to some of the continent's most renown renaissance painters and sculptors.

In the late sixteenth century the Kingdom of Lombardy was invaded by its former ally Spain through Italy, being conquered by the House of Habsburg. Spanish rule would continue for the next century, under which the former Visconti family continued to grow influential in the area. In 1749 the last Spanish ruler of Lombardy would be defeated in the War of the Grand Coalition, in which Lombardy managed to secure its independence. Giovanni Visconti was appointed leader of all Italian forces against Spain, leading allied forces to victory in northern Europe, alongside other great generals such as Eugene of Savoy.

After the war's conclusion with the Treaty of Toledo, Leopold II von Habsburg of the Netherlands and Westphalia was appointed king in Lombardy, with Giovanni Visconti as regent. An agreement soon after the war would be signed, which placed Giovanni's son (Leopold's grandson), Stephano von Habsburg-Visconti, as heir apparent to the throne of Lombardy. This would mark the return of the Visconti to power in Lombardy.

War of the Grand Coalition

The War of the Grand Coalition (for other names, see below) was a major global conflict lasting from 1737 to 1749, and is to date one of the largest European conflicts in history, as well across the entire globe. The War of the Grand Coalition would break out at a time in European history in which major powers extended their influence across multiple continents, through colonies, protectorates, and trade partners, eventually escalating this conflict into an intercontinental war, pitting the majority of Europe's major nations in direct conflict.

The war would began in 1737 with the formation of the 'Grand Coalition', a temporary alliance of some of Europe's most powerful nations, including France, Britannia, the Netherlands, and several others, for the purpose of combating Spanish global dominance and hegemony. By this time the Empire of Hispania had managed to exert its influence over a proportionate amount of the world's population and territory, leading to breakdown of a balance of power, deemed critical to European stability by its states. Initially the Grand Coalition sought to reduce Spanish power, returning Europe to a state of balance between the major powers. As the war escalated, the war soon descended into the complete partitioning of Spanish possessions between the belligerents of the war, while Spain concurrently fell into a state of economic and political turmoil.

Faced with large-scale occupation of its colonial possessions and territory proper, in 1749 the Empire of Hispania was forced to surrender to the Grand Coalition and its allies. In the ensuing peace treaties, the largest of which being the Treaty of Toledo, Spain was forced to cede the majority of its colonial empire. This treaty and the ensuing peace also led to the development of a number of crucial concepts in European and international politics, including the Leopoldine Doctrine, and the Régime Équilibré, a pivotal doctrine coined in France which declared the nation's intentions to maintain a status quo. 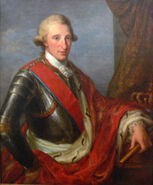 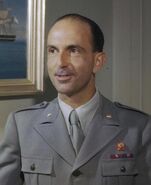