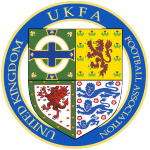 Hello and welcome to my profile! If you have any questions or messages for me please leave them in the talk page or send me a message or something.

I have a few ideas for projects that I may or may not get around to. If you'd like to know more, or have any feedback or suggestions let me know! If you like any of these ideas feel free to use them and save me all the work!

Main article: The United Kingdom at the World Cup
This is the project I am currently working on. The premise is that instead of England, Scotland, Northern Ireland and Wales there is a United Kingdom football team. As a sidenote to this there is a UK-wide football cup competition, and the CONFEDERATIONS Cup is now played between teams selected from the best players of each Confederation.

Main article: Euro 2016 (AHfootball)
There are still places available if anyone wants to enter a team into the Alt Euros 2016.

Just an idea I had the other day. What if all forms of football remained the same, so football, rugby, American football, Canadian Football, Aussie Rules, and Gaelic football are all the same sport. Basically it means you have a World sport that is more widespread than soccer, as it is also played extensively in the USA, Canada, Australia, New Zealand etc.

The New World is not 'discovered' by Christopher Columbus, and the European powers instead colonise Africa at an earlier date. The settlers rebel and the United States of Africa begins it's long and controversial history..

The Highlands and Islands of Scotland remain independent of the rest of Scotland. Somehow..

The Republic of the Levant

In Israel a small community of jews and muslims declare themselves to be a new state, independent of both Palestine and Israel. Can they build a nation together, and defend themselves from Israeli and Palestinian aggression?

I'm playing with an idea for a species of monkey that act like piranhas, ambushing prey and shredding them with sharp claws and teeth.
See: Alternate Species

If anyone has any ideas for alternate sports, please add them here:
Alternate Sports

A TL wherein the loyalists of Northern Ireland are leftist and aligned with leftist groups, while the Irish Nationalists are right wing/ fascist and allied to fascist groups.

I wrote a program in QuickBasic that draws random maps. Let me know if you want one.

Here's some of my flags, I've got loads so if anyone is interested in seeing more let me know.

The United Socialist States of America

I am working on a fictional writing system, possibly a fictional language, or the basics of one. So far I only have the numerical system..

Retrieved from "https://althistory.fandom.com/wiki/User:UKFA?oldid=1322859"
Community content is available under CC-BY-SA unless otherwise noted.