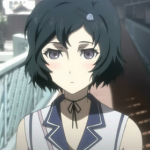 Last Active: 6/17/2015 (Note: if this is over a month earlier than the current date, I'm probably not active here anymore)

Hello! I joined six months ago and have really gotten into Alt. History. I also managed to win an election for constable, so that was fun.

I'm also a founding member of the Time Gods.

I've made a lot of subpages in the past, so here's a list of them: Upvote's Subpages.

Retrieved from "https://althistory.fandom.com/wiki/User:Upvoteanthology?oldid=1337893"
Community content is available under CC-BY-SA unless otherwise noted.