I would like anyone who is seeing this right now to help me expanding my articles and creating articles for that timelines, thank you. VENEZUELA 01:38, May 22, 2010 (UTC) My biggest timeline is Central World, is a community project anyone is invited! and welcomed. I'm actually working on my new Timeline, And Broke into Pieces, My Russia .

And Broke into Pieces, My Russia

What if Communism was not created, and Lenin decide to turn Ethnic Nationalist making a Russia Revolution which balkanize the Russian Empire, Turkey, and Persia...

What if the Central Powers won WWI?...

A Nuclear War in 1983. With Lordganon and other people pics

USA, Mexico, and Canada Balkanize in the 1930s

What if dictator Perez Jimenez would have stay more time in power?... 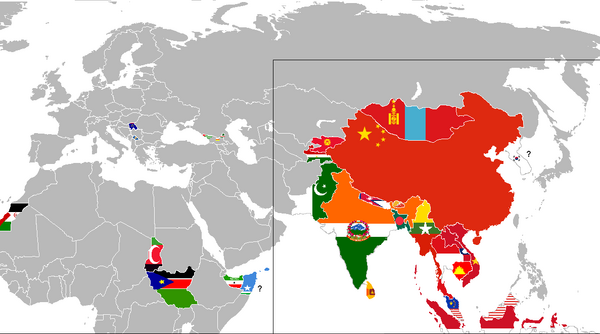 Cold War between USA and China

China's Sphere of Influence in the map in the square with the flags.