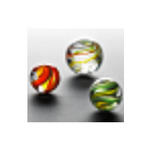 I'd love to help you as Bavaria, but you must understand. The HRE is in a dangerous position, acting on the behalf of Poland, however much I want it, does not change the fact that it leaves us vulnerable to the Muslims in the South, our Army may be successful in aiding you, but what happens if the Caliphate seizes its oppurtunity and attack us? I will ask The Emperor to consider aid, but I really am not sure what to do.Andr3w777 (talk) 23:55, October 1, 2012 (UTC) It's not a personal assault, calm down. It's just, you're vunerable, I need coastline, you have it, and you haven't been playing. I'm not sacrificing my country in favor of yours. Sorry. The Royal Guns (talk) 00:15, October 2, 2012 (UTC)

look...you were gone. you told nobody that you were gone. you should have at least mentioned it, and I thought you posted about an allinace(i just responded maybe a day or two later). look, all I realy want right now is trade trhough chrimea, and if you can stay allive and kill the damn hordes with us it would be better... they are annoying me more than not being able to get to chrimea...and that is partialy because of the hordes. I want chrimea, and you were not online and everyone assumed you quit(no edits for 2+ weeks), for all intents and purposes you became an NPC, and it much easire to conquer than to barter alliances with RNGs and stuff for NPCs. -Lx (leave me a message) 01:24, October 2, 2012 (UTC)

I think you might feel like me during the last northern war in 1780 or someting in PM1...the entire world ganged up on me and I was able to not completely die on the basis that we could muster up more army than they(sweden) had people...and because that 3% or mainland russia is comparable to the size of the swedish empire.-Lx (leave me a message) 12:15, October 2, 2012 (UTC)

Well, we hand a difference of poinion, he wanted control of the baltic states and I wanted control of the baltic states, and we constantly ruined each other's plans...anyways, if you can agree to join the confederation thing i am planning- the Confederation of all the Russias/Great Russia (and the Poles maybe???) you might be able to work everything out without changing anything in-game(too many concquences to the war already in-game to just cancel it), and destroy the khanates...by doing a coalition algorithm. You, me and guns.Just attack in 1780 because my Kazan war will wear off.-Lx (leave me a message) 12:49, October 2, 2012 (UTC)

Well, Mars, I'm sorry. I didn't notice your post earlier that turn and I assumed you were gone. Free land, rightA?

I won't give up what land I took (I urgently need water, the crimean sea will take too long. However, I could resurrect you, by invading the Khanates and putting you in power. You'd have all of your old land, minus the Coast (sorry). If later I get some land near the Med or Black sea, sure, I'll give it back to you.

But, FYI, the majority of people in this wiki are in college or high school. I get some 1.5-2 hours of HW a night, because hy HS is the most prominent in the East Coast of the US. I still manage to post.

I have good news!

Lx and I have reached an agreement, which will restore you to more than power! Check out his talkpage, and you'll see.

A) When I said that, I was talking about the section of your coast that borders those two NPC countries. My bad.

B) No, we are not restoring all of it. Just Ruthenia. P-L will then be renamed Ruthenia, and join the Grand Russian Federation.

C) alternatively, you could join them. In that case, we will not return any of your territory. You will completely lose Lithuania, and then the HRE (which is primarily composed of our allies, eg Brandenburg, Bavaria) will not accept you, because we will ask them not to, and considering we're giving them supplies, militay aid, to three of the 7 electors...

D) However, if you agree to this proposal, you will be granted MORE land than you had at the start of the game.

E) FYI, I'm being generous. There's no reason for me to give up land.

Wait, are you talking about your territory before or after the mongol invasions? in any case, all I am asking is that you give up the cossack lands and White Russia. The bulge P-L has into Russia does not look very good. In any case, the Caliphate is attacking our rightful lands! Lets form this federation quick and sign a zone of influene treaty with them, deviding our spheres of influence at chrimea.Cant wiat till it breaks up so we can take Gruzia though. That will be fun.11:30, October 4, 2012 (UTC)-Lx (leave me a message)

alright, listen, Guns is realy shooting for a costline, and I do think that he should get a bit more territory, and m original plan was Pskov(I like straight lines, and My territory starts as west as Pskov). Anyways, this is my proposal, Moscow gets a sliver of coastline(you know he will never shut up about it if he doesn't, and you know how annoying it is not to have coastline...I mean you even invaded the teutonics to get some, so please dont deprive somebody of the same oportunity that you took), and its more of a streight line goung from the black sea to Pskov...I dont think this is rather demanding, and if you actualy want your puppet Principalities(to Poland) to look that way then go ahead.-Lx (leave me a message) 19:20, October 4, 2012 (UTC)

Here's mty proposal. Muscovy and Novogord between them take between 2/3 of Lithuania, however, In our next conquests south you will thus gain back some land. Also, o that 2/3, only 1/2 will be taken by us (basic Lx's counter proposal) the rest will become a vassal to the three of us. I have also listed a couple of other demands on the game age, but this is pretty much the majority. Belarus will be handed over.

If you don't agree to this, Bavaria, Brandenburg, Muscovy and possibly Novgorod will simultaneously declare war on ou and seize your entire territory.

In any case, I recommend you switch to the Incans, whoch are actually a more poweful nation than you are now.

I have Scraw and Andr lined up and fervently hoping you will disagree to this.

Frankly speaking, I'd really hate to disappoint them.

I'm done bargaining. Take this, or switch to the Incas.

You know, I would have barely taken any thing if you hadn't been so demanding. I wouldn't have walked over you.

The Main reason I disactee with your proposal is that Moscow gets an obsene ammount of more land than me, so my proposal actualy evens this out more, not perfect, but more, It also looks nicer and less moscow-oriented. anyways, I want some land bordering prussia(so I dont have to invade trhough Pskov), but my worst-case offer would be a streight line trhough from the Novgorod border, not Pskov. Anyways, sure,you can take the rest of OTL Lithuania. Yes, I kind of had it easier since Scan was basicaly being like Guns is now with harsh demands, and LG intervened because of the land he was taking beign larger than sweden could handle(10-30 million inhabitants with 5 million swedes in total). Anyways, what I want is jsut a repartition of lands for the formation of the Russian Federation, although Moscow could not plausibly control that much land unless by vassal state at this point.anyways, we should move all this to a Russian federation page. it is realy starting to get inconvenient to disciss on three talk pages.-Lx (leave me a message) 13:32, October 5, 2012 (UTC)

Here. I created a page for the RF. It is just in the drafting stages and i used the novgorod page for a template. I would like us to have the remaining conversations there now, instead of skipping between 3 talk pages.-Lx (leave me a message) 18:12, October 5, 2012 (UTC)

Ok, LLB and Scan have convinced me I was too hard on you, so new proposal. You join the RF, the map shown below goes into actuion, and nothing else at all. And, actually, I would not have- part of the reason for my massive demands was my anger at your attempts to threaten us. The Royal Guns (talk) 19:12, October 5, 2012 (UTC)

This could be a major problem.

"If the HRE attacks you, we can defend you, if the Caliphate gives me permission. Tell me if they give you more problems."

anyways... Just thought you should know...

Retrieved from "https://althistory.fandom.com/wiki/User_talk:AgentMars?oldid=649678"
Community content is available under CC-BY-SA unless otherwise noted.