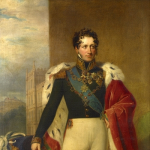 In your game,I made the Kingdom of the Elbe.Anyway,it is located in OTL Brandenburg and Berlin,Germany.Thanks ReclaimLandThatIsMine (talk)

No any color is fine!Thanks!(Aka I want a random color) ReclaimLandThatIsMine (talk)

Over Near the Coast by Hamburg. Varino Dynasty

Hey,Can I make a Template for BoC (Birth of Civilization) ReclaimLandThatIsMine (talk)

No, but some shade of light blue would be good.

Hello, Ark. I have just signed up for your Birth of Civilization game as the Minoan civilization. The starting province is the island of Crete. Thanks. --Orange (talk) 01:25, January 12, 2017 (UTC)

I don't care about the the color of the subkingdoms but I would like a blue border.Thanks ReclaimLandThatIsMine (talk)

Westland and Southland are different,Westland is the one on the map while Southland was a duchy within Westland. ReclaimLandThatIsMine (talk) 22:43, February 3, 2017 (UTC)

I had started developing boats, I think, 200 years ago. The Egyptians had started sailing in OTL by 3200 B.C. I think its entirely reasonable that I would have built atleast a single boat that could cross the English channel after having simpler ones around for 300 years. Deutsch

Apparently I'm the only one who didn't know this. Yes. It was a boat. My apologies. Deutsch

Nah it's my fault, I was under the impression that you knew the difference. Arkius on the other hand had expected you to just mean boat, sorry about that. Nicktc 01:43, January 12, 2017 (UTC)

Also: this turn, I have colonized the Peloponnese; could you add that to the map, or is new expansion to be added in the 2900 BCE map? Thanks again.

I am regarding me discovering the Visigoths as obsolete. False alarm maybe? ReclaimLandThatIsMine (talk) 22:40, January 17, 2017 (UTC)

Hey, Ark. I'd just like to ask a question for a plan of mine I have. So, if my naval tech becomes good enough and I manage to discover the Romans, and later on the Franks, would it be alright to someday make an anti-Roman coalition with the Franks after seeing Rome's aggressive behavior after a conquest of theirs? I honestly believe a coalition is the only way to stop the existential threat of Rome (even though they did go all "Mare Nostrum" in our timeline, so they are understandably difficult to beat). So, would it be okay? Thanks.

'In Northern Francia Mostly In OTL Brittany, a new Methodist Movement Has started which leads to groups of these francs to make 'militias called Adambites after Leader of the Frankish Methodist  Movement Gimli Adams

Hello, Ark. I would like to have the colony established immediately. Thanks.

well here it is

A strain of H5N1 or what will know as Bird flu hits what is today is warsaw, the Flu looks like its come form the crows but no ones knows MelvinHun (talk) 19:59, February 1, 2017 (UTC)

Can I make a reboot of Birth of Civilization (Map Game)? ReclaimLandThatIsMine (talk) 17:10, July 31, 2017 (UTC)
Retrieved from "https://althistory.fandom.com/wiki/User_talk:Arkius_Doomer?oldid=1478787"
Community content is available under CC-BY-SA unless otherwise noted.