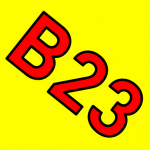 An Alternative 1923: I could be Romania if Britain could be annexed by New Rome.

So, we prepare for a war with New Rome. Btw, for Britain, I hope we can stay. But if we might get annexed. I could temporarily be Romania (if Romania becomes USSR). So there might be our chance to make it perfect. Bandon23 (talk) 13:12, December 28, 2014 (UTC)

Bandon, I have made a peace offer for you on the game page(it's in my turn). I recommend you accept it, so we can end the war. I am also willing to offer economic support to you, to make up for the lands I took and the damage I have done. I hope you accept.

Well I'm back again and yes, I know it's little bit hard for me to play these stragetic wiki games that I know I would play, but I can do it.

Indeed of you guys missed me again, but you know it's simple. So I'm right now hope to stay again.

Soory, changed my mind. I am giving Wales to the Celts, of course, but I have a little plot in mind that would be very interesting. Also, is it alright if I use a Welsh Princess in this storyline I have come up with. Spartian300 (talk) 15:33, September 14, 2015 (UTC)

would you care to form a solid alliance with me later on we can help each other survive and exploit the hre sound good?

Yes, we should do that. I think there'll be a little worries there, but we should make this clear as a good option. I accept that.

Poland is dead, a new era has begun

Hey man dont snatch prussia like that. there are other nations involved either way we need to talk when possible on chat. With Blood and Iron (talk) 02:13, February 26, 2016 (UTC)

Emperor John the Steadfast is due to die in 1532. I would appreciate your support in voting for John Frederick von Wettin, his son, to succeed him as Emperor and to continue the period of Evangelical dominance in the HRE. Reximus | Talk to Me!<font color=red">Talk to Me!</font>​ 06:34, February 29, 2016 (UTC)

The League of Erfurt has been summoned to war with Austria over their conquest of Bavaria. Bohemia is expected to fulfill its treaty obligation to declare war upon Austria. I look forward to fighting with you, my friend! Reximus | Talk to Me!<font color=red">Talk to Me!</font>​ 22:25, March 3, 2016 (UTC)

This is a notifcation to say Act of Ambition (Map Game) the map game which you signed up for has started and therefore you can now post your first turn on this new game. Person67 (talk) 17:59, May 31, 2016 (UTC)

Hello guys, I'm back and right now I'm currently in hospital. However I can post turns on map games so whoever is in this wiki pick me which map game is suitable for me. Great showing. B23 (talk) 12:07, February 2, 2017 (UTC)

I don't know about this Nk, but Feud said to me that I don't want to cater you, and also I'm afraid that you'll put me in a non interventionist position and you probably might crush me big time, so I decided to do a opposite way. Feud will invade me if I go with you, I just lost my mind on which side I'm taking. Things have to happen randomly. Great showing. B23 (talk) 23:01, February 28, 2017 (UTC)

By breaking with Burgundy and Prussia, you're dissolving the Red Lion Alliance, the century and a half old Alliance between Austria, Burgundy, and Prussia, which has kept foreign influence out of the HRE, and is also the reason why Austria isn't currently under a Bulgarian puppet, why Scandinavia doesn't own northern Germany, and why France doesn't own the Rhineland. By going off on your own, your at greater risk of being attacked by the likes of Feud, whereas if you stick together with Prussia (Nk), and Burgundy (myself), you stand a better chance of going farther into the game.

Btw, if that's too late then Austria is in very bad position. Even though Feud might attack me if I stick with you, because he thinks you and guy will dominate me. Great showing. B23 (talk) 07:58, March 1, 2017 (UTC)

Bandon, I know your getting a lot of conflicting messages about who to trust and who not trust. As much as they may argue the Red Lion alliance has kept all foreign powers out. Everything is controlled by Prussia and Burgundy. Your getting few benefits out of this alliance. Your not gaining any colonies or lands. Your just be expected to sit there and support Burgundy and Prussia. I don't think Feud wants Austria and I certainly know Nk wants Austria more. Finding a balance is hard but you have to look at the alliance and see how you benefit. Person67 (talk) 07:27, March 15, 2017 (UTC)

Yeah I know I got a lot of conflicting messages, even though Nk wants Austria to join on their side because it'll benefit greatly and that I have more chance to survive to stay long in the game. Even though Red Lion is controlled by Prussia and Burgundy, with their foreign powers it's tough to find out whether they'll argue with it as long as it doesn't go pretty bad. It's really hard to find a balance. Austria has the alliances, and I saw on the page it has 3 which is Brandenburg, Bulgaria and Burgundy. Great showing. B23 (talk) 10:30, March 15, 2017 (UTC)

Back again for the third time (Coming soon for map games)

I'm back yet again guys! After one year absence it's time to relive my adventure to join map games. Yet it has been a while since I was not joining. The last time I played was in PMIV as Austria, later it had me get boring as usual. Sooner or later I may join the map game once again.

Retrieved from "https://althistory.fandom.com/wiki/User_talk:Bandon23?oldid=1532410"
Community content is available under CC-BY-SA unless otherwise noted.