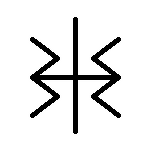 Hey Ben, good to see a few old faces showing up again round here. I tried to comment on your new blog post, however the wiki didn't let me, and I'm not the only one having issues so there could be an issue with your page there. Anyway, here's roughly what I was going to comment.

You're not wrong about things chilling out somewhat since you were last around, and though I myself have been away a lot so can't really speak authoritatively on the subject, I think it's down to a number of things.

Firstly, certain particularly troublesome users were banned indefinitely a few years back, which has had the desired effect (thanks Crim).

I think the move from wiki chat to Discord has also helped. The way the wiki Discord is set up with different rooms for different types of chatter really helps keep conversation productive and easy. Discord's good mobile app also makes it easier for mods to keep an eye on proceedings. It is also just overall so much more user friendly than wiki chat, which generally makes it a better and chiller place than chat used to be.

The reduction in active map games has really helped the wiki as a whole I think also. These days there is normally only one, sometimes two, often no map games at any given time, which has really helped drive users (particularly new ones, who now see Recent Activity filled with timelines and not games) to be active with creating their own TLs, rather than only being here for the games.

And to be honest, I think the wiki is overall simply less active than it was from 2012-2015, which naturally helps it be a more relaxed environment.

Anyway, glad to see you're back, and I hope this return is more pleasant for you than your previous.

It's good to see you, Ben. Banning some of the more problematic users was an important step, but what also helped was that the community just sort of... grew up. Many of us have been here for years, so we sort of grew up on the wiki. We had to learn how to handle problematic users, how to avoid giving them an audience. We hold our staff here to something of a higher standard than we did a few years ago and we've been much more careful about how certain topics are approached. Though map games will bring the occasional 'interesting' individual who can't handle playing games in a communal setting, they rarely last very long here anymore. The regulars who have been here for years are now adults with jobs, college classes, and degrees. Many of us, myself included, went into a history-based career path.

In addition to changes listed by other users, I can certainly say I'm proud of where we are now. We're running a map game right now that has brought a ton of new activity to the wiki while our timelines have improved dramatically. We have a lot of talented users who are knowledgeable and are able and willing to help people build timelines and make them the best they can be. I hope to see you on Discord so you can see what we've done!

I noticed that you recently rejoined the wiki and I needed your help with something. A long time ago an admin named CrimsonAssassin deleted an entire timeline from the wiki. This timeline was a serious timeline (did not break any wiki rules), in fact it was formerly a Featured Timeline on the wiki. The timeline is called The Old Boar Suffered. A while ago Crim even promised that he would restore the timeline after deleting it, but said he was too tired at the time to do it. I was wondering if you could please restore The Old Boar Suffered.

As a fellow timeline creator yourself, try to imagine what it would feel like to have your entire work destroyed and unable to be viewed. Although I did not write it, I am a big fan of the timeline and a sympathizer of its author. I want to do the right thing, and I hope you will aid me. Hundreds of pages were made, only for them to be deleted and completely gone, not even able to be copied or saved. Please help, on behalf of all timelines and authors. Thank you Walterwalter2 (talk) 17:47, November 7, 2019 (UTC)

Thanks very much for the kind words and the Barnstar Award; such thigns are motivating and I really appreciate it.

How can I copy Meteor is Coming?

I don't know how to send pages to one wiki to another wiki.

Hello! I was wondering if you--as the article's creator--would be willing to allow me to adopt the page for the American Provisional Administration. I had some ideas to flesh out its story from the late 80's through 1995, some ideas for who some of the high level officials would probably be (most likely I think it'd be comprised of members of George HW Bush's inner circle), and I think there's some potential to "spin-off" some of those officials into their own biographical articles if there seems to be an interesting and plausible story angle for some of them. What do you think? I hope you're doing well! GryffindorKrypton (talk) 02:01, April 2, 2020 (UTC)GryffindorKrypton

Thanks, I really appreciate that! I'll do my best! I have an idea for some of the staffing for the APA. In the already-existing canon, it's mentioned that President Reagan and VP Bush met in person in Mexico City in 1985 before leaving North America. My idea was that during the Mexico City meeting they decide to split the Cabinet members between their planes as a security measure in case of anything, with some joining Reagan on Air Force One (and thus going down with it over when it crashed) and the others flying to Australia with Bush, and thus surviving and becoming part of the APA. For instance, I've created a Proposal page for Secretary of State George Shultz based on this idea. Check it out, and let me know what you think! Thanks again for the vote of confidence! This is a really fascinating timeline, and I'm excited to be able to contribute! GryffindorKrypton (talk) 02:10, April 30, 2020 (UTC)GryffindorKrypton

Yes it’s my country and I requested it be deleted.

Hey Ben, thanks for that award, I really appreciate it! Thank you for being so gracious! I hope to keep contributing positively to the community here! GryffindorKrypton (talk) 21:32, May 17, 2020 (UTC)GryffindorKrypton

JFL was assassinate by the CIA

Retrieved from "https://althistory.fandom.com/wiki/User_talk:Benkarnell?oldid=1740404"
Community content is available under CC-BY-SA unless otherwise noted.